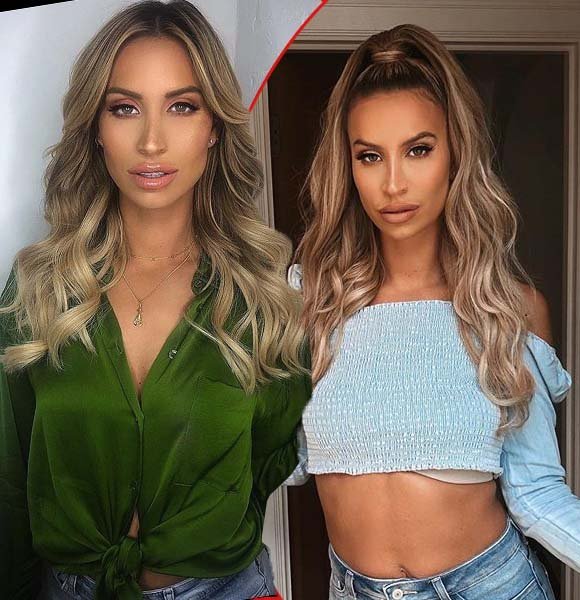 Ferne McCann is a reality TV star who rose to fame after appearing in The Only Way Is Essex. She also has a sizable following in social media, with over 2.5 million followers on Instagram and 800K followers on Twitter.

Ferne was in a relationship with Arthur Collins in 2017.

Arthur was arrested in April 2017 for an acid attack in a night club in London. The attack caused chemical burns to 16 people and rendered three victims temporarily blind.

The jury convicted Arthur of five counts of grievous bodily harm with intent and nine counts of actual bodily harm. He was sentenced to 20 years in prison.

Two days after the arrest, the reality star announced her pregnancy. She also revealed her plans to raise the child as a single mother. Her mother, Gilly, has appeared in a few episodes of The Only Way Is Essex. The grandma is also playing a role in raising Sunday.

Ferne launched her own work-out video called Fit As Ferne in January of 2019. Following the release of the video, she garnered a lot of attention for her weight loss and the absence of post-delivery weight.

She claimed that she had been using Herbalife products, and it helped her get in the best shape she had ever been in. However, the attention wasn’t all sunshine as many people pointed out how ineffective the work-out regime would be for a normal person. The fact that Ferne was the ambassador for Herbalife didn’t help her convince those people otherwise as well.

Regardless of the truth, it doesn’t change the reality that she got into an amazing shape not long after giving birth.

In December of 2019, The Only Way Is Essex star revealed that she was dating someone. While she didn’t reveal the man’s identity, she did state that she was enjoying the relationship very much.