By LRU Writer | On: January 03, 2020
Sam Faiers is a British TV personality..is not married yet and does not have a husband...was once engaged to...has two children with boyfriend Paul...her age is...owns a net worth of around...dad and mom are divorced and has a stepdad...her height and net worth info are given below... 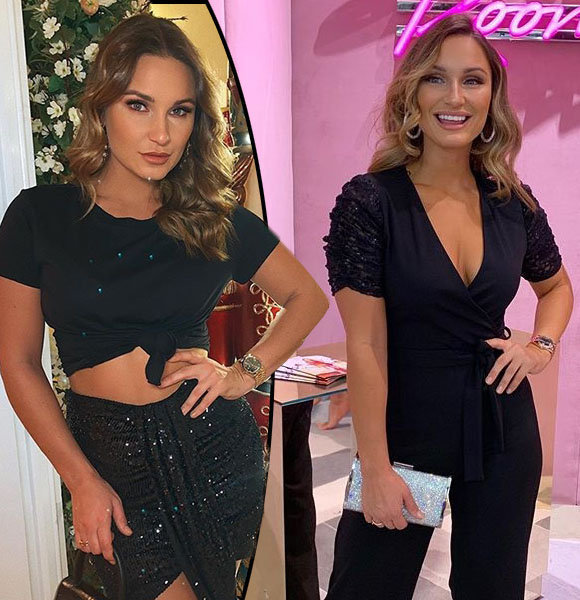 Other than her reality TV show career, Sam also runs a YouTube channel named Samantha Faiers. Her channel, in which she posts new videos every Wednesday, has a decent subscriber number of 20 thousand.

Sam is in a relationship with former real estate agent Paul Knightley since October 2014.

Sam and Paul got together right after her break up with Joey Essex, her co-star in the show The Only Way Is Essex.

The reality TV star dated her boyfriend Paul in secret for nine months.

When their relationship was around the nine-month mark, Sam announced that she was three months pregnant with Paul’s baby. Sam also filmed the birth of their children and made an ITVBe one-off special, Sam Faiers: The Baby Diaries. And following the success of the special, the couple decided to make a whole series named Sam Faiers: The Mummy Diaries.

In September 2019, during the couple's little time off in Venice, Italy, speculations started about Sam and Paul's engagement. Sam denied the rumors but Paul was ridiculed and berated for not proposing her at such a beautiful place.

Sam had a few relationships before she met the father of her children.

Nevertheless, the pair weren’t meant to last forever, anyway, and Sam ditched him right before she and Paul got together.

She also had a short fling with Mark Wright, another TOWIE co-star, but this was way before she was famous. The reality star went on a couple of dates with Mark when she was around 16 and reportedly slept with him once.

Net Worth And Earnings

Sam Faiers has been in the public eye for very long. She has worked in various TV shows and also made her series regarding her pregnancy and children.

In addition to that, she also runs a YouTube channel, as mentioned above. Samantha Faiers, her channel, earns her a decent amount of money, adding to her total earnings form reality TV career.

Sam also owns a mansion worth $3.8 million in Hertfordshire, where she lives with her family.

Accumulation of all these income sources results in Sam’s estimated net worth, which is around $9 million as of January 2020.