By LRU Writer | On: November 28, 2019
Frances Quinn is a professional baker, who has her first brush with fame...a creative person from a very young age...studied Textile Design at...has garnered a significant wealth as her net worth...gained quite an attention because of her teeth...notoriously private about her personal life...alongside her baking partner...stands at a height of... 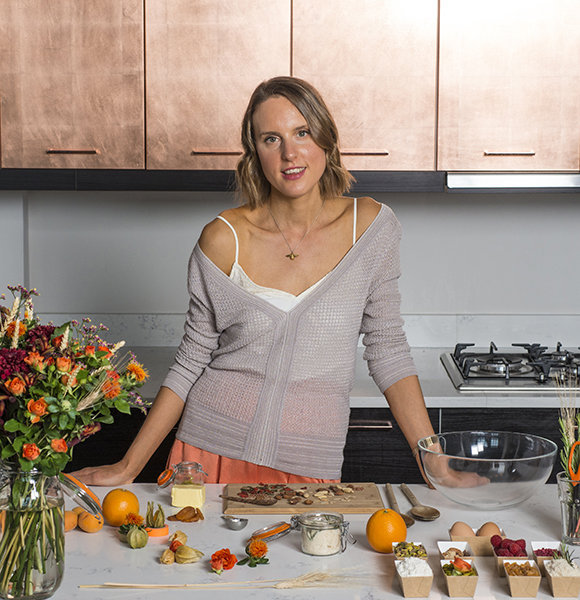 Frances Quinn is a professional baker, who had her first brush with fame as a contestant on the fourth season of the reality cooking show The Great British Bake Off in 2013. Ultimately, she became the winner of the baking reality show and gained massive fame.

Following her victory in the British Bake Off, Frances has appeared on several other reality TV shows and established herself as a renowned name in the world of baking.

Francis was a creative person from a very young age. However, baking was not always her forte.

Initially, she studied Textile Design at Nottingham Trent University. Following her graduation, she worked at design companies in London and Vancouver. At one point, she also worked for Joules Clothing as their baby toddler wear designer.

For a very long time, baking was a means of escape for Francis. As time went by, she became very passionate about it. And over time, combining her love for baking and the knowledge of designs that she gained from her degree, she became good at it.

However, her first exposure with professional baking was on the British Bake Off show. But, despite being an amateur, she wooed the judges and ultimately bagged the title of the winner in the show. Frances Quinn with the judges Paul Hollywood and Mary Berry after winning the Bake Off in 2013 (Photo: dailymail)

On her final bake-off in the show, Francis sealed the deal with a Shakespeare's A Midsummer Night's Dream inspired, three-tier wedding cake.

Following her victory in the reality show, Francis is pursuing a career as a professional baker. Her specialty being show-stopping cakes, she has baked for various celebrities and events, including illustrator Quentin Blake and the Tate's Matisse Exhibition.

Further, in 2015, she also published a book on baking titled- Quienntessential Baking.

Well, with such success, it's not hard to assume that the celebrity baker has garnered a significant wealth as her net worth. Although the actual figure remains under wraps, it's safe to presume that she does enjoy a substantial net worth.

Right after Frances came into the limelight, she gained quite an attention because of her teeth. Well, Francis does not have a perfectly aligned set of teeth. So initially, there were comments about her teeth and overall appearance because of that.

However, she never let such things bother her and carried herself with full confidence throughout her time in front of the camera.

Francis is a real example of the fact that confidence beats everything, and appearance does not matter.

Well, right after winning the Bake Off, Frances had said that the next quest was to find herself the perfect man. But unfortunately, Frances does not seem to have found the one yet.

Further, she is notoriously private about her personal life, so not much is known about her dating affairs too.

For now, Frances is entirely focused on her career alongside her baking partner, Lily Vanilli.