By LRU Writer | On: November 29, 2019
Phoenix Suns power forward Frank Kaminsky is a prominent name in the NBA scene. Before making it big in the pro-football...No wonder, he was awarded the reputed, AP Player of the Year in 2015. Given... Frank was a guy in love in the past. In May 2014, he happily... 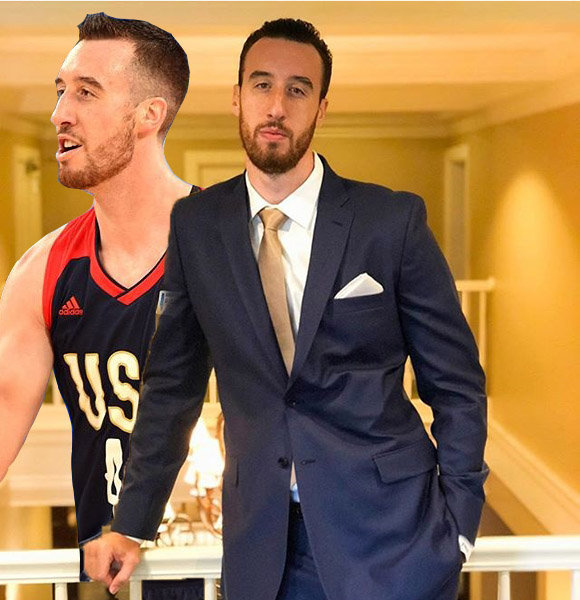 Phoenix Suns power forward Frank Kaminsky is a prominent name in the NBA scene. Before making it big in the pro-basketball, he was a star university player. He was a pivotal member in leading the University of Wisconsin Badgers to Final Four (2014 ) and the NCAA Championship (2015).

No wonder, he was awarded the reputed, AP Player of the Year in 2015. Given his glowing college basketball, he was Charlotte Hornets’ pick as the ninth overall in the 2015 NBA Draft.

Many might be surprised to know that the NBA star is not dating anyone publicly. There is no hint of a possible girlfriend. In such a case, the possibility of Frank’s wife seems farfetched.

In contrast to his current dating life, Frank was a guy in love in the past. In May 2014, he happily declared his love for Deme Morales, a University of Wisconsin alum, via a tweet. Further, he proudly termed his girlfriend "hot."

However, the college sweethearts’ relationship couldn’t last as they parted ways in 2015. Deme made the news of their breakup public as she took to Twitter to announce her single status.

Two years after their breakup, Frank joked through a tweet on 13 September 2017 that he was better off without a girlfriend as he had Chipotle - American Restaurant Chain - for company.

Frank was born to athlete parents: Frank Kaminsky Sr. and Mary Kaminsky, in Lisle, Illinois. Frank Sr. used to play basketball at Lewis University. He was named MVP of the Chicagoland Collegiate Athletic Conference and was inducted in the university’s Hall of Fame in 1992.

Like Frank Sr., his wife was a star athlete at Northwestern University. She managed to make a name for herself as one of the high scoring volleyball players. It was the athletic environment at home which led NBA star, Frank, to make it big in the pro-basketball scene.

Many might not be aware, but Frank’s younger sister Hannah played volleyball at Southern Illinois University. Besides his athletic sister, the Phoenix Suns star has an older sister, Kaylee.

Further, he has four-step-siblings, sisters Jamie, Gabbie and Grace Kaminsky, and a brother called Steve Kaminsky.