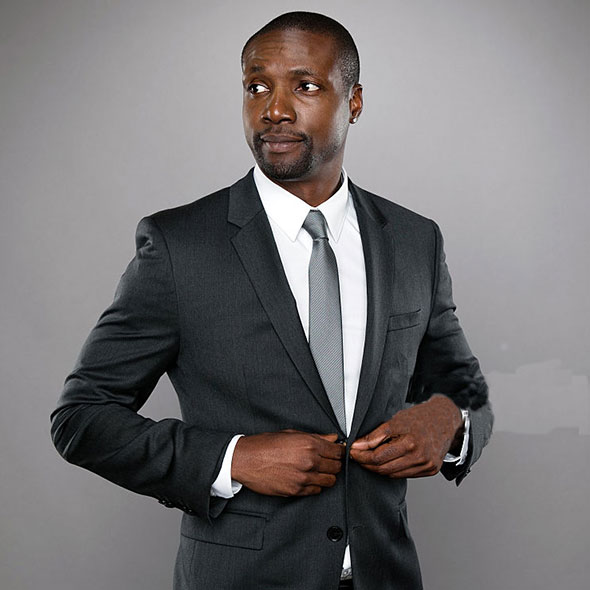 Only the man who has climbed to the pinnacle all the way from the bottom knows the true essence of happiness.

Ask the 32-year-old actor Rob Brown, who started his career as an actor more than a decade ago with no acting experience at all and eventually transformed into a Hollywood celebrity.

Let's talk about his net worth and personal life. Is it the story of "rags to riches"? Also, let's talk a little about his personal and professional life as well.

The New York native and heartthrob Brown started his career as a lead, starring alongside the former James Bond, Sean Connery, in the film Finding Forester in 2000.

He took a break from acting to focus on his studies and made a comeback in 2005, starring opposite the likes of Samuel L. Jackson, Ashanti, and Channing Tatum in a film based on a true story, 'Coach Carter.'

Get to know: David Oyelowo Reveals His Secret to an Amazing Married Life!

Being in the business for around 15 years now, we can say that his acting abilities have definitely flourished along with his net worth.

From being a regular high school student to becoming a professional actor with a hefty net worth, Rob has made a mark in Hollywood, with a net worth of $1.5 million.

Rob Brown in the picture (Source: Celebrity Net Worth)

He has also won a number of awards, especially for his work in 'Finding Forester' that includes Young Artist Award, Satellite Awards, Online Film, and Television Association Awards, among others.

Is Rob Married? Who Is His Wife?

After discussing his net worth, now, let’s move on to Rob’s personal life.

Being an actor, it’s hard to avoid all the glitz and glams that fame has to offer. And when you’re as hot as Rob Brown, avoiding seems an impossible task.

The female fans of Rob are always willing to know whether he has a wife or a girlfriend, aren't they? Surprisingly, Rob is magnificent at keeping things low-profile.

He has never mentioned his dating status. But we do know for sure that he is not married yet because if he were, that would’ve been the greatest event that he would’ve ever attended and not the Super Bowl.

Maybe he is still in search of his Mrs. Right. Good luck with that, Rob. But, he has an adorable companion, his dog, Hova.

Back in 2014, Rob was paraded, humiliated, and even arrested for 'committing credit card fraud.' Rob insisted that he was racially profiled for this act and explained his situation, saying,

"They cuff me, parade me around the store, all the while maintaining, 'we do this all the time; it's a fake card; you're going to go to jail,' "

This happened right after a huge Racial profiling investigation on Macy's.

The actor proceeded to file a lawsuit on behalf of him as well as other individuals who were racially targeted by Macy's. Swift action was taken, and the actor has come to settlement terms with Macy's.

"The lawsuits by various plaintiffs who alleged racial profiling by Macy's have been settled in principle, Our company strictly prohibits discrimination of any kind and has zero tolerance for racial profiling. We value every customer who chooses to shop at Macy's, and we remain committed to ensuring that every individual who steps into our store feels welcome and appreciated."

Stated Macy's Vice President of Media Relations Elina Kazan releasing a statement regarding the lawsuit as well as other lawsuits regarding Racial Profiling.