Is Gabrielle Dennis Single Or Keeping Her Love Life Private? 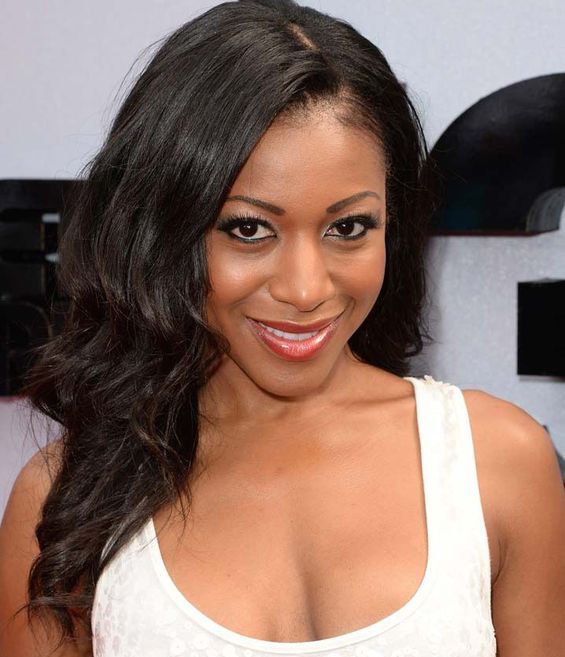 Gabrielle Dennis stole everyone’s hearts as the role of Pippy on Rosewood. Though she has stolen the hearts of a lot of people, it seems that no one has been able to steal her heart off-screen.

There have been many rumors about her getting a boyfriend or husband. But are those rumors true?

Has her on-screen romance manifested itself in real life? Is she married to her on-screen husbands? Is she dating her on-reel boyfriends? Well! Keep reading

Gabrielle Dennis Has a Husband?

Gabrielle keeps her private life away from the spotlight. She has never been open about her personal life. However, as per Wiki, Gabrielle is said to be married to Peter Haskins. But there is no solid evidence about her wedding. The absence of Peter Haskins’ social media and lack of information does not really prove if Dennis is actually married.

While fans are interested in learning about Gabrielle’s husband, she has remained silent on sharing details about her personal life.

However, she once uploaded a photo with Saruna J Jackson on social media, which raised quite a stir in the entertainment industry. The rumor about Jackson being her boyfriend started circulating. But later on, the fans discovered that it was just an on-screen romance and nothing more. Gabrielle and her on-screen husband, Sarunas, on the set of Insecure (Photo:- Gabrielle Dennis' Instagram)

At the age of 40, she is still unmarried and without a boyfriend or husband. This also answers that she does not have a child of her own or an adoptive child.

Maybe she is waiting for a perfect moment to reveal her boyfriend, or she might just be busy with her acting career.

Moreover, she is not dating anyone to date and is currently focused on her career.

Nevertheless, being single at the age of 40 raised many questions about her sexuality. So, Is she gay or a lesbian?

Gabrielle has not been seen in any public relationships, which has led to rumors about her being a lesbian. Back when Rosewood was still on the air, she kept tweeting her TV show's dialogues. Back on March 23, 2016, she took to Twitter and tweeted about being gay, although she is not gay, in her real life. Her tweet read:

Tweets like these have made the fanbase raise many questions about her being gay, but Gabrielle, on the other hand, remained silent about the rumors.

Gabrielle and her on-screen lesbian lover in Rosewood (Photo:- Tumblr.com)

We can assume that the rumors are based on speculation as Gabrielle has portrayed lesbian characters flawlessly in several films and television shows, including HBO’s Insecure and Fox’s drama series Rosewood.

Her sexual orientation may be a rising question, but it has not impacted who she is or how much she has contributed to the entertainment industry. Just like her love life, Dennis has also maintained a very low-key profile when it comes to her family.

Despite being in the spotlight for more than three decades, Gabrielle has kept her family's identity a secret. However, she has shared pictures with her mother on her social media.

She posted a sweet picture with her mother and a touching message saying she had a good time. Looking more into Gabrielle’s social media, it appears that her father is absent from her life as she once posted a strange tweet. On the occasion of Father’s day in 2013, she tweeted that she had to do something special for her mother.

Gabrielle tweeted on the occasion of Father's Day. (Source: Twitter)

A woman backing up women has the power to change the world, and Gabrielle’s mother's unwavering support has shaped her into the woman she is today. All her hard work has paid off, and she is now one of the most well-known American actresses.

Today, she is estimated to have a net worth of $2 million.

Currently, she is busy with her forthcoming projects and endorsement.

Keep up with us for additional information on Gabrielle Dennis.