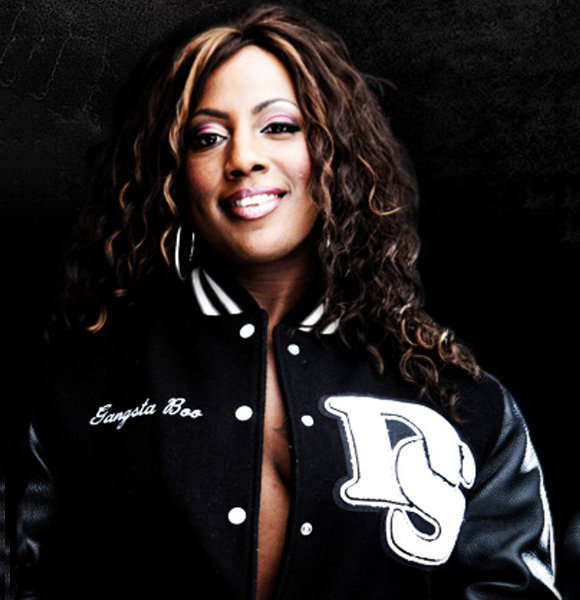 In 1995, then 16-year-old Boo took the mainstream music scene by storm when she joined "Three 6 Mafia," the legendary Memphis-based rap collective. She was the group's first female member and more importantly, its only.

In 1998, Gangsta Boo released her debut work Enquiring Minds. Three years later, now a solo artist, she dropped her second album Both Worlds *69. Both of the projects charted on the Billboard 200 and spawned several regional hit songs.

Released under Yorktown Records, her 2003 album Enquiring Minds II: The Soap Opera climbed to #4 on the Independent Albums Chart.

The Sippin On Some Syrup rapper then took musical hiatus for 11 years, only releasing songs occasionally. The break also coincided with her spiritual transformation. She even changed her stage name to Lady Boo, only to reject the said transformation and adopt her original moniker. Of all the new songs featuring Boo, none is more hard-hitting than the record "Love Again," a smash hit single from RTJ's sophomore self-titled project.

Despite the best efforts, she isn't the wealthiest Three 6 Mafia affiliate. Her six-figure net worth seems a minor accomplishment in comparison to fellow member Juicy J's $30 million fortune.

Gangsta Boo was born as Lola Mitchell on the 7th of August 1979. She came from a musical family. Both of her biological parents indulged in singing and record collecting.

As a kid, the "Where Dem Dollas At!?" hitmaker wrote poems and recited to her dad. The two held an unbreakable bond. No wonder, the news of her father's passing in 2017 was all too painful to bear.

Very few musicians are active on social media as Gangsta Boo is. Her tweets and posts also provide a window into her romantic life.

Via Twitter, Boo regularly references her boyfriends and exes. Also, on the social media giant, she periodically leaves little nuggets of hints as to what her future husband might be.

At times, the Slob On My Knob rapper tweets about not wanting to settle down and get married. While on separate occasions, she professes a desire to date boys outside of her race.