By LRU Writer | On: May 10, 2019
Hip-Hop recording artist Snow Tha Product caught the eyes as well as the years of the music fanatics across the United States when she dropped her 2011 independent debut entitled Unorthodox... Holy Shit, Drunk Love and Woke Wednesday are some of the singles off the stated album that catapulted her to stardom. The success of Unorthodox even persuaded Atlantic Records to sign her in 2012... 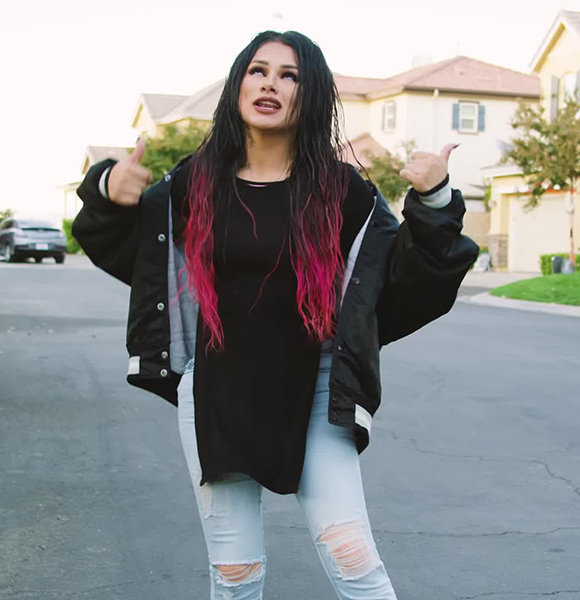 Hip-Hop recording artist Snow Tha Product caught the eyes as well as the ears of the music fanatics across the United States when she dropped her 2011 independent debut entitled Unorthodox.

Holy Shit, Drunk Love and Woke Wednesday are some of the singles off the stated album that catapulted her to stardom. The success of Unorthodox even persuaded Atlantic Records to sign her in 2012.

After signing with a major label, Snow dropped more critically acclaimed projects including the Good Night and Bad Mornings series. Since going indie, she has changed her approach altogether.

Snow Tha Product's real name is Claudia Alexandra Feliciano. She was born in 1987 into a working-class family. Both of her biological parents were Mexican.

A native of San Jose, California, she grew up in San Diego after her family moved there. It was at San Diego where she got exposed to rap music.

Since an early age, Snow showcased a penchant for musicianship. When barely six-year-old, she performed alongside her grandfather's mariachi band.

And by the time she began attending San Diego Mesa College, she had discarded her real name and adopted the stage moniker Snow Tha Product after the Disney princess, Snow White.

A Cancer by birth sign, the Today I Decided hitmaker - now age 31 - celebrates her birthday on 24th June every year.

Measurements Info - From Height To Weight

Not surprisingly though, Snow's musical prowess doesn't reflect her physical stature. Nor does her impressive growl mirror her body measurements.

At 5 feet and 2 inches (1.57 m) height and average body weight, she may not be the most intimidating rapper around, but with her words and wits, she makes her presence felt.

Behind Snow's Net Worth

Between 2012 and 2018, The Goin' Off rapper enjoyed a relatively successful musical career under Atlantic Records, releasing a plethora of projects including the 2015 offering called The Rest Comes Later.

The consensus among the fans and critics, however, is that Snow is yet to hit her peak. With her now opting to go the indie route, she looks all poised to meet the expectations.

The San Diego Masa College Dropout is a touring artist through and through. Assisted by her biological brother to put out exclusive merchandises, she makes most of her money on the road.

Another Tour Veteran:- Get All The Details Of Aesop Rock From Net Worth, Tours To Personal Life

Although there lacks an exact figure to pinpoint her net worth, insiders argue that her fortune is atleast in the seven-figure margin.

Never mind her respectable net worth, Snow garners more fanfare because of her sexuality. An openly bisexual woman, the Mexican-American rapper never shies from speaking about her lesbian romance.

Together with her girlfriend JuJu, she operates the YouTube channel "everydaydays." By using the stated platform, the lesbian duo provides an insight into their love affair. Snow and her girlfriend JuJu probably began dating before 2018 following an encounter at a night club in New York but didn't make the relationship public until mid-2018 when the former sat down with Hot97's Nessa for an interview.

Female Rapper With Lesbian Partner:- Queen Latifah Former Girlfriend Pregnant; Has Anything To Do With It?

Before her indulgence into lesbianism, the Immigrants hitmaker enjoyed a fruitful marriage with her husband. She and her mystery husband - who once managed her - share a son.

A very private individual, Snow's husband made a brief appearance on the video for her single A Waste Of Time.