By LRU Writer | On: March 04, 2021
Geoffrey Arend and his wife Christina Hendricks are not together anymore...The pair will be taking time to rediscover themselves...Geoffrey Arend was born on...After high school, Geoffrey went on becoming a voice actor...With all the acting and voice acting, he came to fame when portrayed...Geoffrey’s net worth, as of 2019, is... 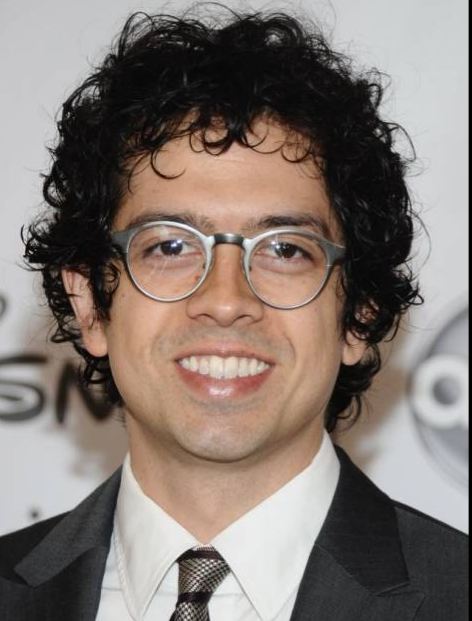 American actor Geoffrey Arend and his wife Christina Hendricks are not together anymore. The couple shared a photo on their respective Instagram handles on 18 October 2019 leaving all the fans struck with a bombshell. In the post, they made an official statement about their split.

They went on mentioning how this was the new step they were taking together but on separate paths but will work together to raise their two beautiful dogs. The pair will be taking time to rediscover themselves through this transition and lastly, thanked everyone for their patience and support.

However, the duo did reveal anything about their divorce.

Geoffrey, age 41, and Christina, age 44, first met through a mutual friend actor, Vincent Kartheiser in 2007. The two hit it off really well, and after dating for about two years, got engaged in January of 2009. The duo eventually got married on 11 October 2009 in New York. Geoffrey Arend with wife Christina Hendricks at a special screening of Too Old to Die Young on 10 June 2019(Photo: dailymail.com)

Geoffrey Arend was born on 28 February in Manhattan, New York with parents of German, English, and Pakistani ancestry. His father is of German and English descent whereas Geoffrey’s Pakistani descent comes from his mother. He also has a sister named Emily Arend.

Talking about his education, he graduated from New York City’s LaGuardia High School of Music & Art and Performing Arts in 1996.

After high school, Geoffrey went on becoming a voice actor. He made his debut in voice acting through the character of Charles 'Upchuck' Ruttheimer III on the hit cartoon series, Daria for four seasons. He then began to lend his voice on different video games and movies/TV shows.

But Geoffrey was not limited to only video games. He acted in different TV shows such as Undeclared, Law and Order, and Love Monkey.

With all the acting and voice acting, his claim to fame was his portrayal of the character ‘McKenzie’ in 500 Days Of Summer. He also acted in many other famous movies such as Super Troopers, Bubble Boy, **** n’ Chicken, The Ringer, and Killing Zelda Sparks. Geoffrey's famous TV series include Madam Secretary, Body of Proof, Trust Me, and Greek.

With such work credits, Geoffrey has been able to make a good game for himself. As per Rotten Tomato, his movie Garden State is the highest rated with an 86% rating. It shows that he is indeed quite successful.