George Clooney Net Worth Facts: How Rich Is The American Actor? 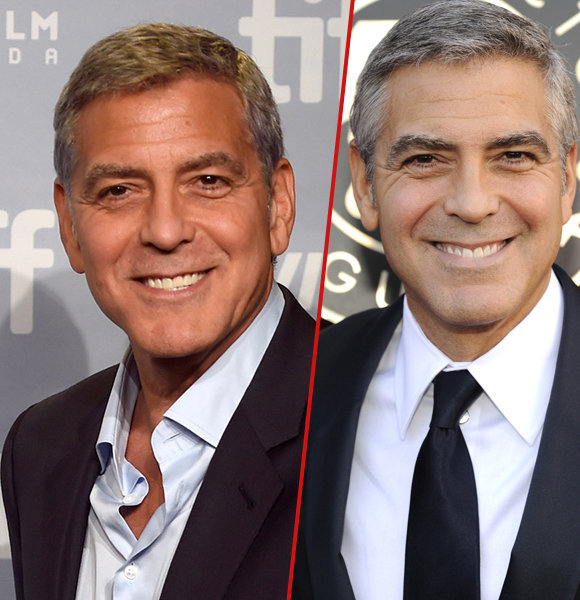 George Clooney is one of the leading actors in Hollywood. He began his career from a TV mini-series named Centennial in 1978.

George got his big break in the show business after his breakout role in the TV series ER. He appeared in 109 episodes of the show from 1994 to 1999.

The actor has also worked as a producer in movies like Argo (2012) and August: Osage County (2013) and has gathered 38 credits doing so.

The Syriana actor has an estimated net worth of around $500 million, according to Celebrity Net Worth.

He received $40 thousand per appearance for 19 episodes that he appeared of TV series Sisters. Similarly, he earned $100 thousand per episode for his appearances in ER, making his earnings from the series a whopping $11 million.

George also appears in commercials for Nespresso. He spends a part of his earnings from Nespresso to fund a satellite that keeps an eye on the Sudanese dictator Omar-al-Bashir. This satellite tracks him and his troops.

George owns properties all over the world. His most famous property is his 15 bedroom mansion on Italy’s Lake Como. He purchased this property for $30 million in 2002.

Similarly, he has a six-bedroom mansion in Studio City, California, which he acquired in 1995 for $2.2 million. A few other properties which the actor owns are; $7 million property in Berkshire, England, the UK, and an apartment in New York.

The Hollywood star also earned a good deal of money from his tequila company, Casamigos Tequila. He co-established this company in 2013, along with Rande Gerber and Michael Meldman. Initially opened as a private label, they opened the company to the public later that same year. Since then, the company grew in value.

On the 21st of June 2017, the trio agreed to sell the company to alcohol conglomerate Diageo for $1 billion. They were paid $700 million in cash and $300 million in bonuses based on future performances of the company. George, when the $700 million was split three ways, received around $230 million before taxes and about $150 million after the taxes are paid.

The actor met his wife in around mid to late 2013 and subsequently proposed her in April 2014. George and Amal got married on the 27 of September 2014 in Venice, Italy. The couple welcomed their twins - daughter Ella and son Alexander Clooney - on the 6th of June 2017.

He lives in Los Angeles, California, with his family.

George was married to American actress Talia Balsam. They got married on the 15th of December 1989. However, their relationship was short-lived, as the ex-couple divorced on the 17th of September 1993.

After Talia, the actor remained single till 2011. In 2011, he started dating another actress, Stacy Keibler. They dated for nearly two years before finally parting ways in July 2013.