By LRU Writer | On: January 20, 2020
Sam Rockwell is a fantastic actor...won Academy Award and Golden Globe Award...acted in over 100 films and TV production...won over 40 awards...dating his long-time girlfriend, Leslie Bibb...first met in 2007...does not have any children...born to actors Pete Rockwell and Penny Hess on 5 November...has a net worth of...stands at a height of... 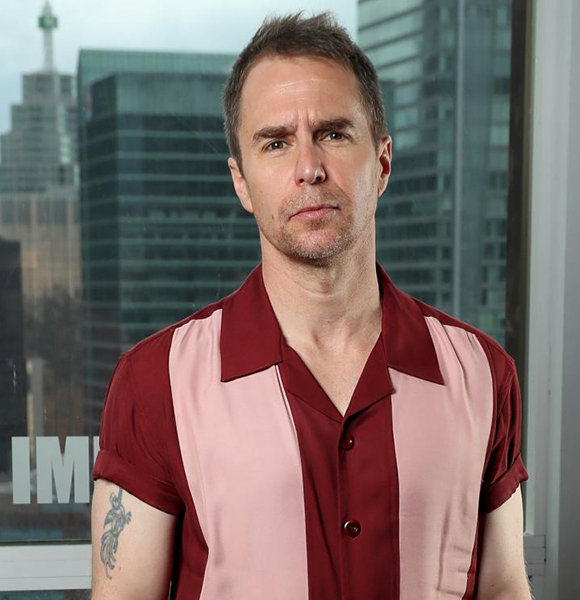 Sam Rockwell is a fantastic actor who has bagged numerous accolades, including the Academy Award and Golden Globe Award.

He has also been on an award-winning spree, and the actor added to his collection during the SAG Awards on 19th January 2020. Sam took home the award for outstanding performance by a male actor in a miniseries or television film for his performance in Fosse/Verdon (2019).

The actor has his name in over 100 film and TV production credits.

As of January 2020, The Green Mile actor has won over 40 awards. The actor secured an Academy Award for Best Performance by an Actor in a Supporting Role for his work in Three Billboards Outside Ebbing, Missouri. He also received a Golden Globe award for the same category for the same movie.

Sam has also won a BAFTA Award and Screen Actors Guild Awards (SAG Awards) thrice in total. Besides these, he has dozens of accolades to his name.

No, the Vice actor is not married. He is, however, dating his long-time girlfriend, Leslie Bibb. She is an actress turned model who appeared together with her significant other in Iron Man 2 (2010).

How They Met, More About Personal Life

The two first met in 2007 at Chateau Marmont Hotel in Los Angeles, California. According to Pop Sugar, Leslie was waiting in the lobby to have dinner with her friends, and Sam happened to be there because he was working on the movie, Frost/Nixon (2008). Leslie revealed how he struck her at their first meeting. In her own words:

He smiled at me, and I thought, ‘Oh no, what’s that?’ Sometimes you just get struck.

The two have been together for more than a decade. Leslie is extremely supportive of Sam and accompanies him to award ceremonies. The couple does not have any children. The Jojo Rabbit actor talked to The Guardian about children in 2007. He talked about how he didn’t want to become a parent while explaining why he felt that way.

His parents divorced when he was five, and he grew up in San Francisco with his father and in New York with his mother between different times of the year.

According to celebritynetworth.com, Sam Rockwell has a net worth of $30 million.