Who Is Gerald Anderson's Girlfriend In 2018? Parents, Siblings - Details!

By LRU Writer | On: August 16, 2018
Filipino-American actor, Gerald Anderson has garnered substantial fame performing movies and TV shows like How to Be Yours, Everyday I Love You, Paano Na Kaya, Ikaw Lang Ang Iibigin and more...Dating Girlfriend...Personal life of Gerald along with the details of his parents, siblings, height 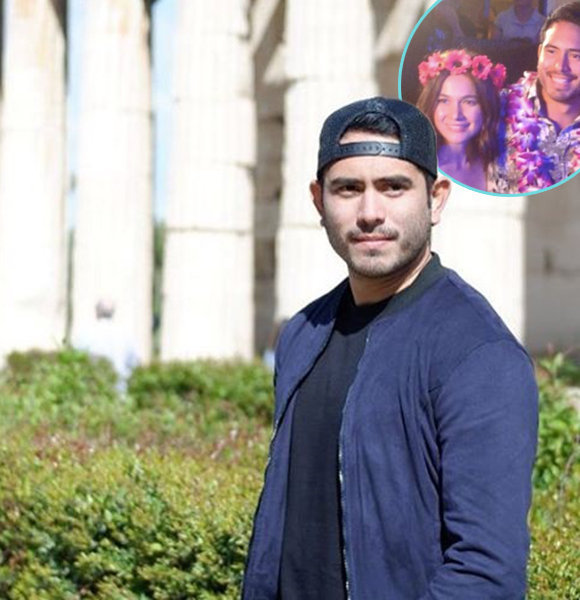 Filipino-American actor, Gerald Anderson has garnered substantial fame performing movies and TV shows like How to Be Yours, Everyday I Love You, Paano Na Kaya, Ikaw Lang Ang Iibigin and more.

Gerald has achieved success in his professional career at a young age, but the same can't be said about his love life. Gerald, who dated a series of women in the past, failed miserably in all his relationships. So, is he dating someone now or just living his life as a lonely bachelor. Find out about the personal life of Gerald along with the details of his parents, siblings, height and more.

Gerald holds a unique dating resume for he has been linked to several women in the past. Some were announced publicly whereas others were kept under wraps.

And in 2006, an old picture surfaced in the media of Gerald kissing actress Farina Runkle. When asked if the two had dated previously, the pair replied that even though the picture was real and they were close to each other during the Pinoy Big Brother auditions but never got into serious dating.

However, his statement soon turned false when he later confessed to dating Farina before they joined the Pinoy Big Brother.

Gerald was supposedly in a relationship with Kim Chiu at the time but had only confirmed to be only close friends. Kim revealed that she was hurt by her friend's actions, but their friendship would not be affected by it as Gerald and Farina had already moved on in their lives.

You May Like:- Grayson Dolan Having A Hard Time to be Dating? Meet His Ideal Girlfriend

The 29-year-old actor and Kim also shared an amazing chemistry but never affirmed their relationship until they reportedly broke up. In a March 2011 interview with ABS-CBN on March 2011, Gerald revealed that Kim was the first girl he ever loved.

Post his break up, he commenced a romantic relationship with actress Bea Alonzo but split up in 2010 after dating for a short while. Later, in 2016, he confessed the separating from Bea was a stupid move on his part. Similarly, Gerald also dated actresses like Sarah Geronimo and Maja Salvador, but like his earlier romances, none of the two lasted long.

As of 2018, Gerald has been rumored to be dating actress Pia Wurtzbach. The rumors started after Gerald's ex-girlfriend and Pia's teenage friend, Bea Alonzo unfollowed the alleged couple and even deleted pictures of both of them including the poster of Pia and Gerald's movie My Perfect You.

Some unverified sources even claimed that they had spotted the duo hanging out in a mall. The supposed lovers have not yet confirmed their status as girlfriend-boyfriend and could be enjoying some private times before they finally come out exclusively as a couple.

Parents Details, Younger Sibling To Be An Actor

Gerald was born in Zambales, the Philippines to parents Gerald Randy Anderson and Evangeline Opsima. The 29-year-old actor possesses a mixed ethnicity as he was conceived from the union of an American father and a Filipina mother.

Gerald, who stands at the height of 5' 10" (1.78 m), is the first child of his parents and has a younger brother named Kenneth, while his mother was previously married and has two daughters from her former marriage. Gerald and Kenneth maintain strong siblings bond with their step-sisters but have no rivalry between them despite being born of different fathers.

His younger sibling, Ken, who was inspired by his brother's accomplishments; revealed in 2014 that he was to join the acting industry like Gerald. Ken, who had no problem in being compared to his elder sibling, mentioned in an interview with ABS-CBN News on June 2011 that he had taken drama lessons earlier. Talking about building a career in the show business, Kenneth said,

“I fell in love with acting and when my brother became an actor, I was like I’m coming over there and I will do what you’re doing."

Ken is yet to make his breakthrough in the entertainment industry but seeing his older sibling's achievement in the field, he may have to double his effort if he wants to come out of the shadow of Gerald.