By LRU Writer | On: October 31, 2019
Rising in name and stature, Gideon Adlon...Over the years, Gideon has worked on multiple projects like...made his presence on Gideon's Instagram in...over the past few years of their dating life, the pair have made plenty of appearances on the social media platform...not shy to showcase her love towards...daughter of popular actress...not only her role in The Society but her portrayal of the character... 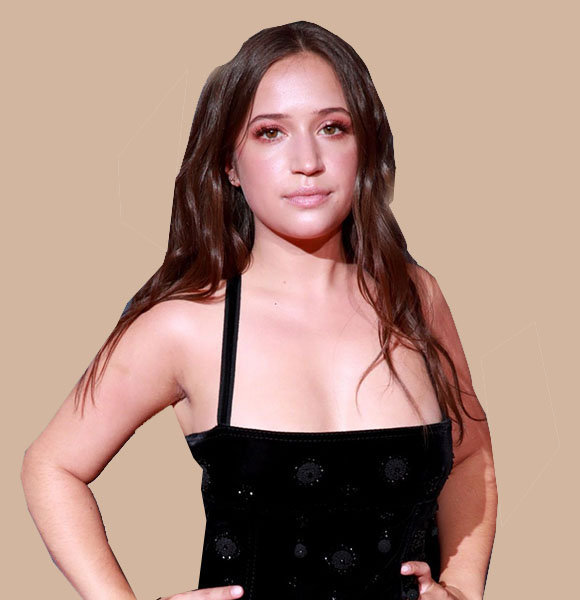 Rising in name and stature, Gideon Adlon is a star actress prominently known for her work in When We Rise and American Crime. Her first acting credit was on the series Louie in 2011.

Over the years, Gideon has worked on multiple projects like Blockers, The Mustang, and Skin in the Game.

Aside from acting, Gideon is also quite famous for her musical talent. She has worked on over six musicals as a singer and has become the lead singer of a band called Mother’s Pride.

The 22-year-old has fended the lesbian rumors as she has been in love since her high school years. From early 2015, its speculated that she has been in a relationship with Bulgarian-native Boris V. Stoimenov.

Boris made his presence felt on Gideon's Instagram in 2015. Over the past few years of their dating life, the pair have made plenty of appearances on the social media platform. Young Gideon is not shy to showcase her love towards Boris. With beautiful moments and pictures of her boyfriend on her Instagram handle, it is quite evident that the couple is together in 2019.

Daughter of popular actress Pamela Adlon and writer-producer father Felix O. Adlon, Gideon was born on 30 March 1997.  After her parents divorced in 2010, her dad moved to Germany.

Then, her mother raised her and her siblings in Los Angeles, California.

Being the eldest of three children, she has two little sisters named Odessa Adlon and Rocky Adlon. The trio is of English, German, and Ashkenazi Jewish descent. Gideon also holds both American and German citizenship.

As for Gideon's hobby, she loves music and also enjoys poetry. She was part of her high school slam poetry competition and had even reached the finals with her team.

Moreover, the actress also dreams of opening her clothing line someday. Since her early teens, she has been collecting vintage clothes and items.

To measures one success, it is the person's action and career that determines this aspect of life. For actress Gideon Adlon it is no different.

Before auditioning for the Netflix series The Society, she only knew a little about sign language. However, after being a cast for the show, she went to work with ASL coaches to give her character a more realistic vibe.

You May Like:-Nina Agdal Boyfriend, Family, Ethnicity, Net Worth

Not only her role in The Society, but her portrayal of the character Sam in the blockbuster Blockers also generated beautiful moments. With such profound skills, the actress with height 5 feet 4 inches (1.63 m) is estimated to earn around a sum of USD 50,000 per year.