By LRU Writer | On: October 11, 2019
Danish fashion model and actress Nina Agdal have garnered immense fame over the years because of her gorgeous looks and outstanding acting skills. It may be heart-shattering for many folks, but this swimsuit model is off the single zone as she has been dating an American actor. Nina Agdal flaunts a splendid height of 5 feet and 9 inches and a weight of only 121 pounds. 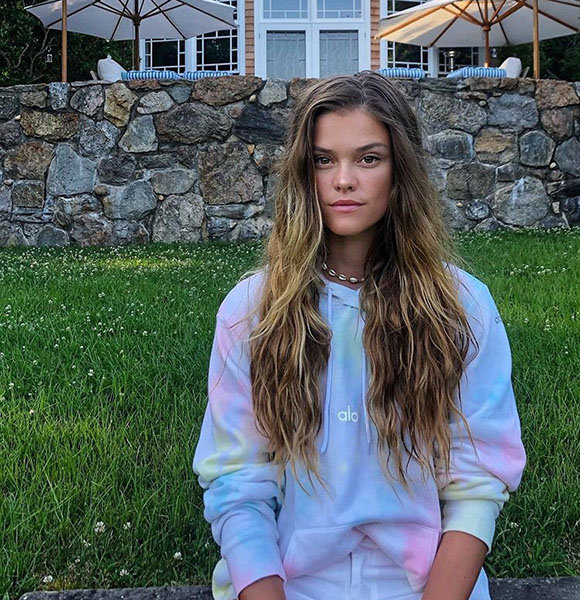 Danish fashion model and actress Nina Agdal have garnered immense fame over the years because of her gorgeous looks and outstanding acting skills. She was ranked #37 on Maxim’s 2014’s “Hot 100” and has modeled for top brands including Victoria's Secret, Leonisa, Billabong, and Bebe.

It may be heart-shattering for many folks, but this swimsuit model is off the single zone as she has been dating American actor Jack Brinkley-Cook since July 2017. The couple first met through a mutual friend at Montauk's hot-spot Surf Lodge just two months after Nina's split with Oscar-winning actor, Leonardo DiCaprio.

Call it coincidence or a mere turn of events that Nina and Jack are both connected through a common platform, i.e., Sports Illustrated. Nina remains a gem in the history of the magazine, along with Jack's mom Christie Brinkley and his two half-sisters acing the art of modeling as Sports Illustrated Swimsuit models as well.

But Nina's involvement in Jack's family life does not end there. She arrived with Jack and his mother to support Jack’s sister, Sailor, at Dancing With The Stars set in September 2019. However, Christie, Jack's mother, had to quit the series as she broke her arm in one of their dance rehearsals. As of now, things are looking much better between Nina Agdal and Jack Brinkley Cook. The duo has been dating for more than two years now and is going strong and leaping further towards a more prominent relationship.

Besides Jack Brinkley, Nina has a list of celebrities, including actors and singers, on her dating book. Most prominently, Nina was in a one-year-long affair with the famous Leonardo before their split in May 2017.

Before Leonardo, Nina was romantically linked with an English singer, Max George (2013-2014), and American singer Adam Levine (2013). Furthermore, Nina was also rumored to be dating American singer Joe Jonas back in 2012.

Her Family, Nationality And Net Worth

Nina, who possesses Pale-English ethnicity, is currently busy with her ongoing modeling shoots and projects, paving her path towards even higher fame and net worth, which, as of 2019, stands over $6 million.