By LRU Writer | On: August 14, 2019
Gilbert Arenas was named the NBA’s Most Improved Player during his final season with the Golden State Warriors in...has left behind a huge legacy to follow for the upcoming...he is not married to a wife yet, the former NBA all-star has his own tussle regarding...mother passed away in 2010 during his time in... 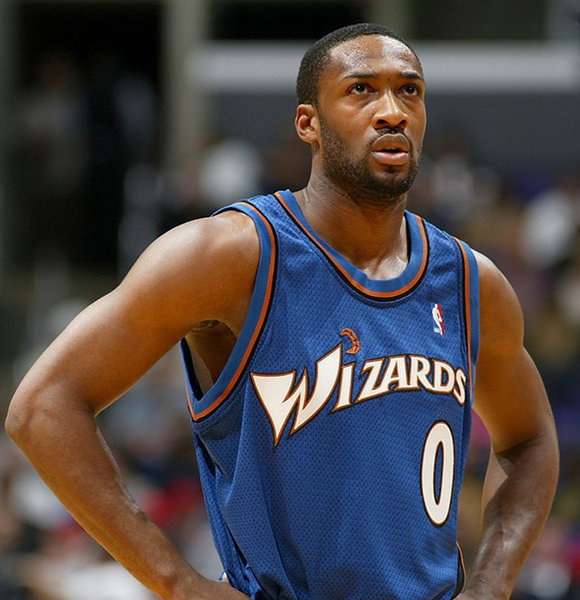 Three-time All-Star with the Washington Wizards from 2005 to 2007, Gilbert Arenas was named the NBA’s Most Improved Player during his final season with the Golden State Warriors in 2003.

Post his retirement in 2013; Gilbert has left behind a vast legacy to follow for the upcoming point guards. Even though he has quit basketball, his love for the game is still well and truly intact as he appears in small charity events now and then.

Gilbert Arenas has had a tough time negotiating with his personal life. Even though he is not married to a wife yet, the former NBA all-star has his tussle regarding girlfriend and kids.

The point guard was previously dating his baby mama Laura Govan, with whom he has four kids; Aloni, Izela, Alijah, and Hamley. After their split in 2016, Gilbert fulfilled his fatherly duties by paying for monthly child support of his four kids. Furthermore, the Wizards trump card started another relationship with a new girlfriend named Lindsay Faulk in 2018. The couple shares a daughter named Gia. Gia bears her father’s surname, but her mother and father are not legally married as of now.

The proud son of parents: Gilbert Arenas Sr and Mary Francis Robinson, Gilbert was born in Tampa, Florida on 6 January 1982. His mother passed away in 2010 during his time in the NBA.

Before being drafted to play for the Golden State Warriors in 2001, the former NBA guard played his college basketball for the University of Arizona. Standing at 6 feet 3 inches(1.90m), the point guard made the most of his tall height to shoot a three-pointer and block the opposition in defense.

Similarly, backing up his consistent performance in the college team, he was drafted in the NBA, where he played excellently. He was the highest-scoring point guard and even called "Agent Zero" by his teammates.

In later end of his career, Gilbert joined the Shanghai Sharks in the Chinese professional league in 2012. As of now, the 37-year-old enjoys his retired life away from the game.

The former Orlando Magic ace, Gilbert spent 13 years of his life in his basketball career. From making his debut in 2001 to retiring in 2013, he played for Golden State Warriors, Washington Wizards, and Orlando Magic in the NBA platform.

Furthermore, he made a name for himself in 2009 when he signed a $111 million contract with the Wizards. Enjoying a fabulous career in the different franchise, the point guard earned a whopping $160M in salary plus millions from brand endorsements.

As of 2019, his career net worth is valued at $40M, and he often appears in few charity basketball matches and events.