By LRU Writer | On: November 15, 2018
Greg Louganis, American Olympic diver, is also a gay activist. While he is working for gay rights, he also shares loving romance with his boyfriend-turned-husband...they have been together for...years since they began dating back in...Battle with Aids and depression..... 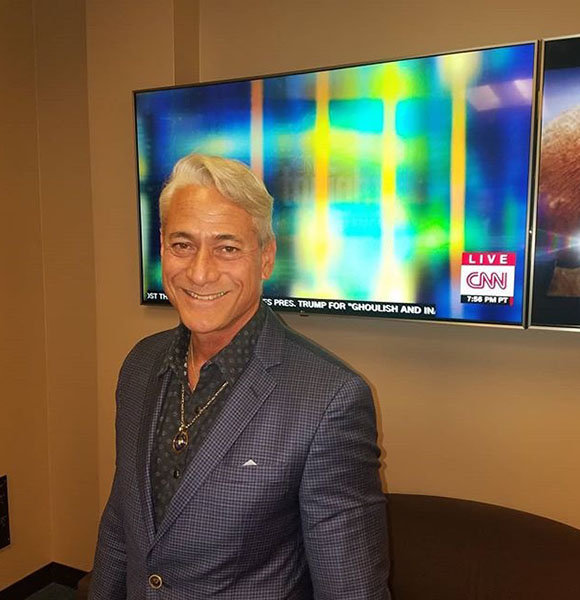 American Olympic diver, Greg Louganis, who is the only male diver to take home two medals in consecutive Olympic Games (1984 and 1988), has enjoyed a shining career along with a healthy married life.

After meeting his partner on a dating website, the couple has been inseparable in the recent years and even vowed to be together until death drifts them apart.

Sharing a loving relationship with his boyfriend-turned-husband, the gay activist is alive and well despite battling AIDS!

Greg Louganis, who possesses a Swedish-Samoan ethnicity, is deeply in love with his boyfriend-turned-husband Johnny Chaillot, who works as a paralegal. The pair has been together for years since they began their relationship back in 2012.

Don't Miss: Frances Conroy and All The Quires Related To The Accident That Caused Her One Eye To Be Different Has Been Revealed

Their romance sparked instantly after they knew each other through the online dating site, Match.com. Despite not knowing each other at the beginning, the couple shared some instant connection which helped them nourish into their lifelong love.

After dating for almost a years, the pair took their relationship onto the next level. On 8 April 2012, the LGBT activist and his boyfriend got engaged just as they took their first step towards marriage.

Greg took it to Twitter to reveal the happy news with his fans. He tweeted revealing his engagement with Johnny. Greg wrote,

"It is officially out! Yes, we are getting married! Love my life and love Johnny Chaillot."

With the revelation of the happy news, the pair began their planning for their big day. Months later in October 2013, the California native exchanged the wedding vows with his other half.

They were pronounced husband-and-husband during an evening ceremony held at Geoffrey’s in Malibu. Right after the wedding with Johnny, Greg opened up with PEOPLE revealing about his experience of marriage. He said,

“I already feel different. The ceremony was so reflective and representative of who we are.” Both the couple appeared in European-cut suits for their big day. Later, in an interview, the Breaking the Surface author's husband also opened up about his married life. He shared,

“It has been an incredible journey. I feel like we’ve been through a lifetime in a very short time.”

Well, with their loving romance and understanding like a family, their marriage is sure likely to last a lifetime.

Living With AIDS; Still Alive To Reach The Age Of 58

Apart from his loving relationship with Johnny, Greg has issues of his own especially health issues. Talking about his health problems, he has been living as an HIV positive victim for years but still alive and trying to lead a healthy life.

The Breaking the Surface star, Greg knew about the disease only six months prior to the Olympic games back in 1988. During that time, AIDS was understood as a death sentence. As it was only months before the games, he felt like packing his bags, run home and waits for death.

But his doctor encouraged him to get engaged with the training and work for the Olympics as it would keep him focused on the positive things. Back then in '88 Olympics in Seoul, if the organizers had known about his disease, they would not have even allowed the former athlete into the country.

However, Greg, who stands at the height of 5' 9", had his full focus on the games. Along with the ultimate fight against the disease, Greg also suffered from depression. If he had a day off, he would curl up in his blanket and would not come out of the bed but if he had something on his calendar, he would show up no matter what.

His ultimate enthusiasm has kept him going. Even though he previously did not think that he would be alive until 30, he is now running at the age of 58 with his shining career and loving partner for life.