By LRU Writer | On: March 21, 2019
Greta Gerwig is now the mother of a baby boy... The Lady Bird director and Noah Baumbach fueled the rumors of starting a family when they got photographed in Manhattan while walking with a baby stroller on 19th March 2019... 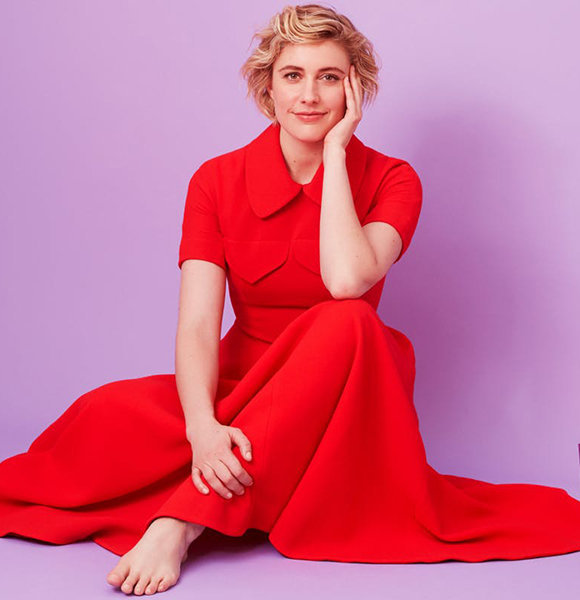 The cat's out of the bag! Greta Gerwig is now the mother of a baby boy.

The Lady Bird director and Noah Baumbach fueled the rumors of starting a family when they got photographed in Manhattan while walking with a baby stroller on 19th March 2019. Greta Gerwig fuels baby rumors after getting caught "strolling" with her boyfriend in Manhattan on 19 March 2019 (Photo:- Pagesix.com)

Although neither Greta nor her longtime boyfriend refrained from talking to paparazzi, an insider close to the couple later revealed:-

“We can confirm that Greta Gerwig and Noah Baumbach have welcomed their first child together... "

The news of Oscar-nominated director and her filmmaker boyfriend Noah came as a surprise to many - mainly because, very few in the industry knew that she was pregnant.

Besides being pregnant what else did Greta hide from the public?

Given how secretive she and Noah were about being pregnant, it's not a far fetched idea to assume that they got married in an intimate wedding setting. However, everything - atleast so far - points the opposite.

Whatever the case may be, the milestone marks/will mark Noah's second time walking down the aisle. Between 2005 and 2013, Greta's husband prospect was in a marital relationship with actress, Jennifer Jason Leigh.

Greta met her present boyfriend - and now the father of her only child - on the set of 2010 film Greenberg. Though she was seeing somebody else at the time, she quit the relationship after realizing she had fallen for Noah.

The lovebirds began dating in late 2011 but, remained relatively low key about it. As their relationship progressed, so did their collaboration; Frances Ha and Mistress America to name a few. Greta and Noah officially debut their romance the Golden Globes Awards in early 2018. To her dismay, she forgot to thank him in her acceptance speech after bagging the award for best original screenplay for Lady Bird.

Before becoming the first woman in History to earn an Oscar nomination for a directorial debut through Lady Bird, Greta enjoyed a successful stint as an actress.

Some of her notable performances in movies include Hannah Takes The Stairs, No Strings Attached, Arthur, To Rome With Love, Jackie, 20th Century Women and Isle of Dogs.

Though as not prolific as her filmography, her TV shows catalog boasts appearances on "China, IL," Portlandia and The Mindy Project.

Director You Might Know:- Quentin Tarantino & Fiancee-Turned-Wife, Married In An Intimate Ceremony

Through her acting as well as directorial works, Greta has amassed a reported net worth of more than $4 million.

An avid dance and music lover since an early age, Greta holds a degree in English and Philosophy from Barnard College.

Born on 4th August 1983 in Sacramento California, the actress-turned-filmmaker - now age 35 - grew up alongside her parents and three siblings. Her mother, Christine was an OB-GYN nurse. Meanwhile, her father Gordon worked as a credit union agent.

Ethnicity-wise, Greta is as white as they make with German, Irish, and English ancestry. Moreover, she stands five feet and six inches (173 cm) in height.