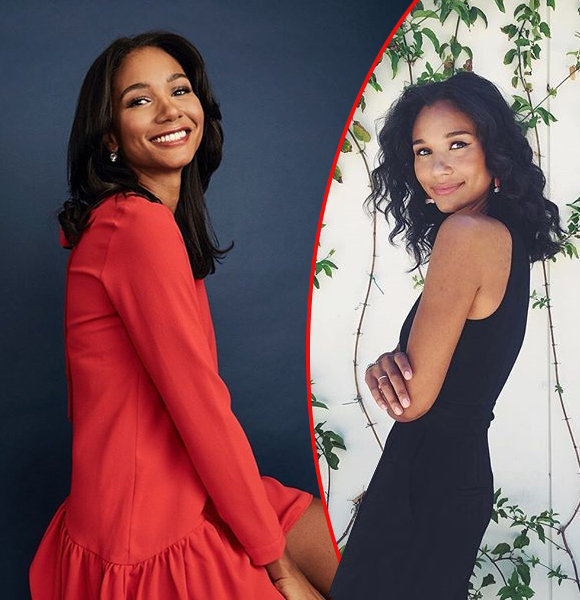 Russian actress Greta Onieogou is best known for her role as Soraya Duval in the family drama series, Heartland (2007-2015).

Also, the fandom is well curious about the actresses's dating life and insight into her potential partner.

Further, she also gained massive recognition for her role as Layla Keating in the Black Reel Awards' nominated sports drama series All American (2018-2020).

Read on to know more about the Heartland actress' personal and professional life.

When she was five years old, her family moved to Toronto, Canada, where Greta spent much of her childhood.

She boasts mixed ethnicity from her Russian mother and her Nigerian father.

Greta Oniegou made her acting debut in 2005, at the age of fourteen in the feature film, Fever Pitch; her co-stars in the movie were Drew Barrymore and Jimmy Fallon.

After that, she appeared in minor roles in TV shows like Degrassi: The Next Generation and Naturally, Sadie (2006). Her first recurring role on TV came in 2007 when she landed the role of Soraya Duval on the Canadian family drama series Heartland (2007-2015).

Because of the star's rising and successful career, Greta now has a raving net worth of $3 Million according to Celebrity Net Worth.

In the CW's sports drama series All American, Greta portrays one of the main characters, Layla Keating. Greta Onieogou with her on-screen partner Daniel Ezra in a still from All American (Photo: Daniel Ezra's Instagram)

She boasts a gorgeous body and stands at the height of 5 feet 8 inches (1.73 meters).

She is also a rhythmic gymnast, who has worked with Olympian Alexandra Orlando in the past.

Greta almost blew her auditions for Heartland as she got the scheduled time mixed up, but later her agent pulled up some strings, which finally booked her the role.

Stay with us for more future updates regarding the star's amazing and growing career and also her future romantic life. Stay Reading!