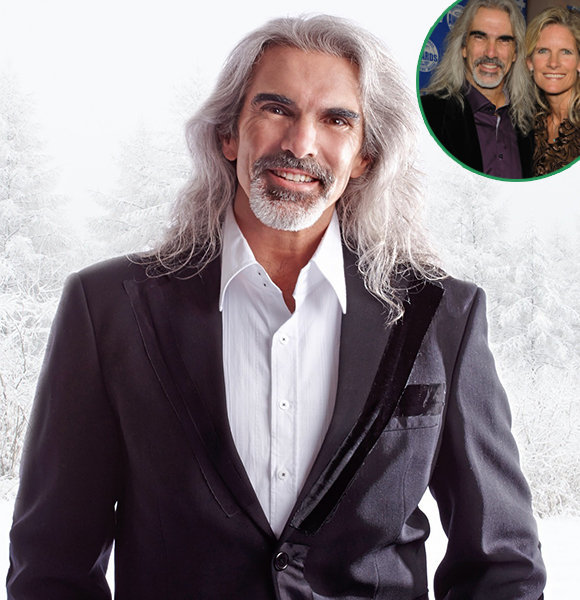 Raising one child is hard enough, while American Gospel singer Guy Penrod, age 57, had to look after eight of them. Instead of treating his children (7 boys and one daughter) as a burden, he seems to relish the opportunity as a means to give continuity to his legacy.

It is imperative to understand that Guy couldn’t do so without the support and love from his wife, Angie Clark.

With his career still peaking, the 57-year-old gospel singer has managed to seemingly oscillate between a life on the tour and life as a family guy.

Married Life With Wife Of 35 Years

Several months earlier - in May of 2015 - Guy and his wife, Angie Clark, had celebrated their 30th wedding anniversary amidst divorce rumors. And this coming May, the couple will be cherishing their 36 years of togetherness. It sounds like a fairytale story, but that's true.

Surprisingly enough, their wedding was also co-officiated by their fathers, who were both pastors. Guy and Wife, Angie on the day of their wedding (Photo:- Pinterest)

On the day of their wedding, Guy had worn a black tuxedo while his wife, Angie, walked the aisle in a flowy white gown.

After three years of dating, they had married in 1985 on the evening of Guy’s graduation day. Soon after their wedding, the Penrod family moved to Atlanta, where Guy worked as a music teacher. Guy, along with their children, pose for a family portrait (Photo:- 941thevoice.com)

The Penrod family then relocated to Nashville, Tennessee, so that Guy could pursue a career in gospel music.

Even today, the family shares the same strong bond they had in the first place. Have a look at the Penrod family.

No doubt Guy and his wife have successfully raised all of their children with the same love and affection.

Guy along with his wife Angie Clark, welcomed eight children together, seven sons and a daughter. All of them were home-schooled. Here are the names of their children:

You must be thinking, who is the 8th one is? Well, even we don't know who that is. Guy has kept it under the closet.

Besides the age of Lacy Penrod, who was born in 2006, nothing much is known about Guy's other children. Whether they are married or do they have children, what do they do for a living, there are many unanswered questions.

The only known fact is that one of his sons is a married man, and Guy also has a grandchild. But it is not known who are the parents of the child. Maybe the one who has married, who knows!

In an ironic twist of fate, Guy and Angie’s firstborn of eight children, Tyler first met his wife, Ashley Marie Steffens, while attending Liberty University -- just like his parents, some 30 plus years ago.

Tyler and Ashley tied the knots in the September of 2015. Guy officiating the marriage between the firstborn of 8 children and his wife (Photo:- homecomingmagazine.com)

Who else fit to officiate the ceremony than the pastor dad?

Guy was pictured putting on a glee face on the wedding photos, which was held at the Penrod family farm in Tennessee.

You May Also Like:- Catherine Paiz's Life Details Are All Over Social Media! From Her Pregnant Day With Boyfriend To Her Height

Following the disbanding, Guy went solo and released eight chart-topping albums in total over the years.

Today, Guy is one of the top-selling gospel artists of all time; he has reportedly sold 4 million albums to date. His success on the chart can be reflected in his net worth. As of 2018, the 57-year-old gospel singer boasts a windfall net worth of $3 million.

In addition to selling records, Guy makes money off of touring as well. The Amazing Love singer is currently scheduled to embark on a country-wide tour, which will begin on 15th September. The year-long tour will see Guy perform at various venues (mostly churches), including Mooresville, NC, Greenville, SC, Palmetto, FL, Bartlett, TN, and Monroe, NC.