By LRU Writer | On: October 31, 2019
Hailie Sahar is...widely recognized for her role as... felt like she wasn’t in the right body...Growing up in a religiously strict family...didn't have an understanding...true inspiration for people of different sexual orientations...doesn't want to limit herself to... 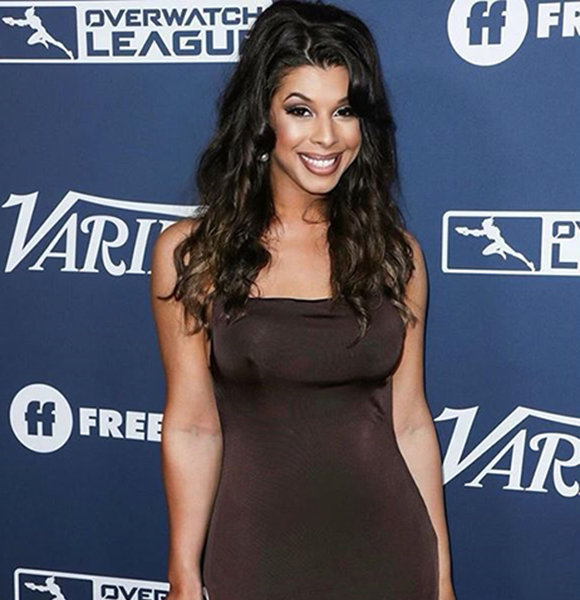 With changing times, Hollywood is becoming more inclusive than ever to make room for everyone. People of almost every race, culture, religion, and sexual orientation are getting recognition for their talents.

And in this newly changed showbiz, transgender actress Hailie Sahar is taking over like a storm. She is widely recognized for her role as Lulu Abundance on Ryan Murphy's TV series, Pose, which made history by casting the most extensive cast of transgender actors as leads.

For as long as she can remember, Hailie Sahar- born as a boy, felt like she wasn’t in the right body. Since a very young age, she would wish to change into a girl magically.

Growing up in a religiously strict family, Hailie could never express herself verbally to anyone. For a very long time, even she didn't have an understanding of her true self. It was only after she saw the film Paris Is Burning; she found her truth about who she was.

Since she gained courage and inspiration from a film, Hailie became attracted to art, music, and movies. But, her journey in the industry was not comfortable. She was harassed and misbehaved in many auditions and often rejected at the last moment just because of her sexual orientation.

But, her hard work and persistence paid off as she got cast as one of the leads on FX's musical drama Pose. As the show earned six Emmy nominations after its first season in 2019, Hailie became a household name. Most recently, the actress appeared in The Fosters' spin-off, Good Trouble. Hailie is indeed a true inspiration for people of different sexual orientations. However, she doesn't want to limit herself to transgender roles in the future. Further, she does not label herself as a transgender woman; but as a woman with dreams, who happens to be of trans experience.

You May Be Interested:- Ellie Simmonds Family, Partner, Net Worth, Facts

Hailie is, without a doubt, one hell of an attractive woman with a massive fan following. However, the gorgeous diva has kept her relationships pretty secluded. So, not much is known about her possible partner.

Despite her secrecy regarding her personal life, she has opened up about wanting to get married and have a baby someday.