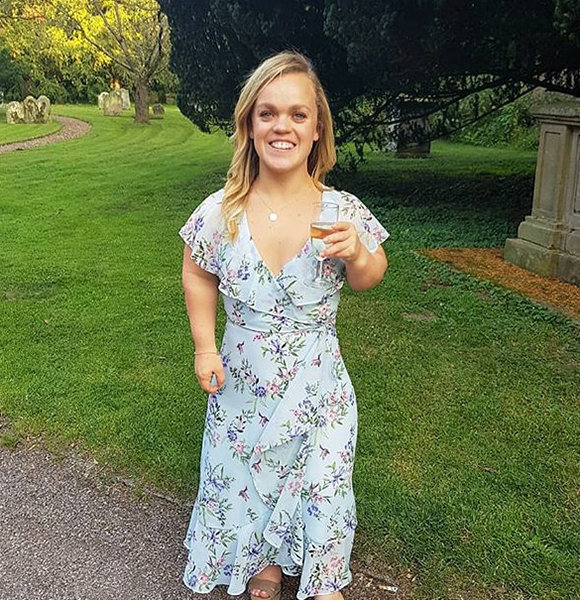 During the Women’s MC 400m Freestyle held at Sheffield’s Ponds Forge, Ellie took the gold medal while recording 887 points with her time 5:25.98. She was ahead of Maisie Summers-Newton, who took the silver medal with 865 points ending her time at 5:28.83.

A Look Into Ellie Simmonds Career And Net Worth

As of 2021, the Double Paralympic champion has won 14 World titles, 7 European titles, and 5 Paralympic Games titles.

The daughter of Steve and Val Simmonds, Ellie was raised alongside her four siblings: Steven, Pauline, Georgina, and Katie. She is the youngest in the family and is closest to her sister Katie - who also has achondroplasia.

Ellie's mum is a strong-headed woman who took care of the kids and their growth game while her dad stayed home. The Walsall native was 11 when her parents decided to move Ellie to Swansea with Val to train with the GB squad.

It wasn’t easy as her dad stayed back with her siblings, and the family would reunite only on the weekends.

Besides the love for her family, the determined lady doesn’t share anything about her dating life on media. However, Ellie constantly shares pictures with her friends on her social media. She usually uploads pictures with a fellow Paralympic swimmer Susie Rodgers. Simmonds regards Rodgers as her rock.

Ellie was born on 11th November 1994. Diagnosed with achondroplasia - a form of dwarfism, her height grew up to 4 feet (1.21m) while maintaining a constant weight of 45 kgs.

However, the young athlete didn't let her disability become her identity. Ellie started swimming at the young age of five and had already begun competing against non-disabled children when she was eight. Her outstanding performance in swimming was discovered soon after at a disability event.

Then on, Nothing could get on her way as she swam her way through to the membership of the senior British Swimming squad.