By LRU Writer | On: January 17, 2020
Haley Morales is a YouTuber and Instagram star...her age is...doesn't have a boyfriend yet...isn't dating anyone...her mother's name is Brandi Morales...opted to take online high school classes instead of attending traditional high school...stands at a height of... 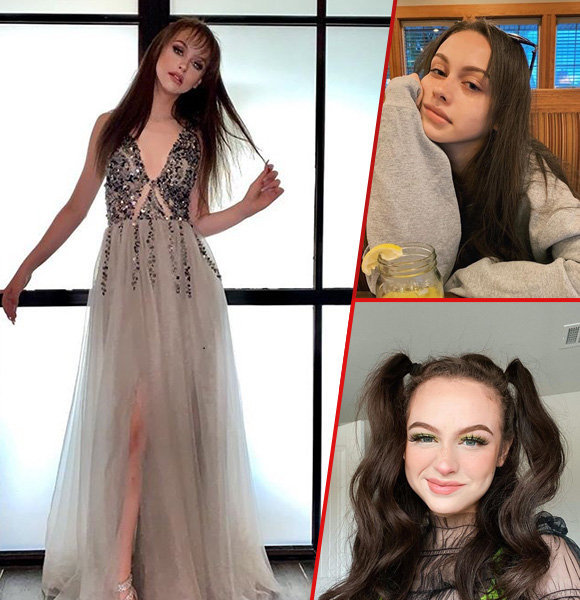 Haley Morales is famous for her self--titled YouTube channel, where she posts makeup tutorials and fashion-related videos. She has over 791 thousand subscribers on YouTube.

Haley also writes and sings her songs, and her first single is going release on the 21st of January 2020. She also has a massive presence on Instagram, where she boasts over 450 thousand followers.

Haley may be single. She revealed through a tweet on the 15th of June 2019 that she was single and was accepting applications from people for being her boyfriend.

Haley is the daughter of Brandi Nicole Morales. Brandi is a vital part of her life and career. She serves as Haley’s manager, while also pursuing a degree in Anthropology at the University of Houston. The YouTuber has a brother named Haydn Morales. Haley lives with her family in Houston, Texas.

In July 2019, a serious allegation against Haley started appearing on social media. Haley was blamed for the attempted suicide of one of her fans named Lena.

Screenshots of a conversation between what looked like Haley and another stan account surfaced, in which Haley said that Lena was “annoying,” and she didn’t like her.

The incident allegedly drove the then-14-year-old Lena to attempt suicide twice in a week. After her second suicide attempt, Lena has been reportedly declared “braindead.”

Haley was bombarded with hate and allegations for Lena’s alleged suicide. Many other stan accounts and Lena’s friends accused Haley of involuntary manslaughter. They even called for her cancellation.

However, Haley apologized by sending out a few tweets. Her mother, too, defended Haley and threatened anyone who was attacking Haley that they would have to face their lawyers.

Another Famous YouTuber:- MrBeast Dating Status Now, Who Is His Girlfriend?