MrBeast Dating Status Now, Who Is His Girlfriend?

By LRU Writer | On: December 24, 2019
MrBeast is a famous YouTuber known for his creative and expensive videos...his real name is...has been dating his girlfriend for a while now...is not gay...was born on...raised by his mother alongside an older brother...despite his income being out in the public, his net worth is... 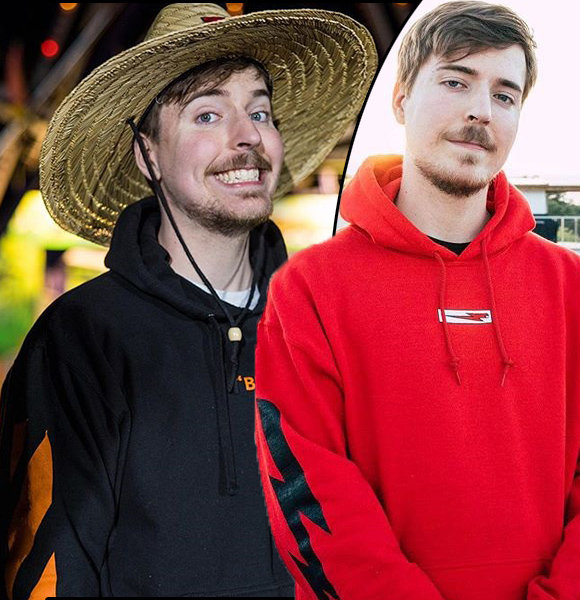 MrBeast is one of the top YouTube personalities. He is famous for his huge donations, and silly, yet creative, YouTube videos.

MrBeast’s real name is Jimmy Donalsdon, but it will be easier for everyone if he is just called the pseudonym; he is most popularly known as - MrBeast. Starting his YouTube channel on 20th February 2012, he didn’t gather much attention until he came up with a unique idea for videos involving a lot of money expenditure.

Now, MrBeast is known for his amazing and heartwarming videos that include giving random homeless people money and giving money to his mother and donating huge amounts to random Twitch streamers.

Unlike his high flying YouTube career, his dating life has just recently taken off from the ground. MrBeast is in a relationship, which is a budding partnership that started in around early 2019.

MrBeast’s girlfriend is Maddy Spidell. She is an Instagram model and a social media personality, just like her boyfriend. The couple seems very happy together and posts photos of each other frequently on their Instagram.

Net Worth, Earnings, And Other Projects

As you might have guessed it by now, MrBeast’s primary income source is his YouTube earnings. His channel, from which he gets his pseudonym, MrBeast, boasts a huge 27.8 million subscribers as of 24th December 2019. (although this number will be outdated in a day or two because the channel has an average increment of around 50 thousand subscribers in a day)

Another Famous YouTuber:- YouTuber TheOdd1sOut Wiki: From Age, Family, Net Worth To Girlfriend

In addition to his YouTube earnings, he also has a merchandise sales business. His merchandise can be found and purchased from the site shopmrbeast.com.

Now, let’s move on to his donations and his philanthropic activities. He has given more than a few million dollars in the form of donations, be it to a random Twitch streamer, or to homeless people, or just buying groceries for people from Walmart. However, these donations are not his money alone, and MrBeast has admitted that most of his donations of and over $1 million are funded by his brand deals.

MrBeast, along with another YouTuber and former NASA engineer Mark Rober, even launched a project to plant 20 million trees before the end of 2019.

TeamTrees, as this project was named, aimed at raising $20 million before 2019 ended. The goal of raising $20 million was completed on 20th December 2019 with contributions from many famous personalities such as Elon Musk, PewDiePie, Alan Walker, Ninja, etc.

Related to Elon Musk:- Justine Musk After Divorce From Multi-Billionaire Husband, Where Is She Now?

Despite all these financial activities, MrBeast’s net worth is not yet revealed.