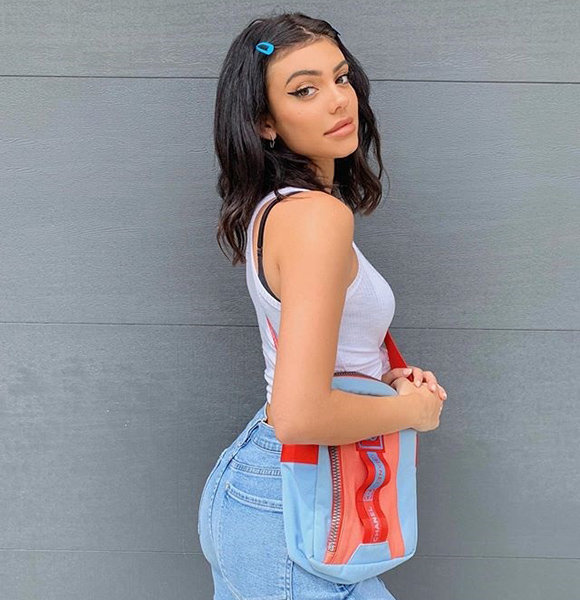 As a rising Instagram star, Kelsey’s growing fan base often compared her features to actress Lucy and makeup mogul, Kylie Jenner. It so happened that, the actress posted Kelsey's picture on her Instagram handle and asked whether the photo was of a real person or a morphed image of Kylie and herself.

Well, Lucy’s post got picked up by media and brought Kelsey to the spotlight.

Her Instagram follower increased from 300K to nearly a million in just a few months in 2016. Since then, Kelsey has built her social media profile and boasts over 2 million followers on Instagram.

Born in Los Angeles, California, the 20-year-old celebrates her birthday on 14th January every year.

Kelsey boasts the sun sign Capricorn, according to her date of birth. The-1999 born-Insta star is extremely private about her family life. She hasn't let slip about the identity of her parents. However, it is familiar knowledge that she has a stepbrother.

Unlike the identity of her parents, Kelsey is pretty open about her romance. She previously dated Asher Brown in the past.

On 24th March 2017, the celebrity of white ethnicity posted about the fellow internet star, Ryland Lynch on her Instagram. Since then, rumors about their dating relationship started making rounds.

With constant appearances on each other’s social media, the pair’s relationship came to the forefront. Kelsey and her boyfriend used to paint the town red with their envy-worthy Instagram posts. However, the pair’s romance was short-lived as they parted ways in 2018.

Interestingly, neither Kelsey nor her ex-boyfriend deleted their past pictures together. Ryland kept the post of 2nd August 2017 but, changed the caption and echoed the sentiment that even though they parted ways, the great memories of being together remained in his heart.

Post her break-up with Ryland, Kelsey found solace in the arms of another Instagram model, Anastasia Karanikolaou. As she moved on with a girl after her relationship with Ryland; fans accused him of turning her into gay. However, he didn't respond to their accusation. Taking about Kelsey’s girlfriend, Anastasia, she is the best friend of billionaire Kylie Jenner and boasts over 4 million followers on Instagram. She regularly posts about her love, Kelsey, on her social media.

Reciprocating the feeling, Kelsey posted a picture of herself kissing her girlfriend on the occasion of Anastasia’s birthday on 10th June 2019. Although the girlfriends haven’t talked about their relationship, their picture tells a lot about their lesbian romance.

Besides her similar striking features with Kylie and Lucy, fans are fascinated with her measurements. The 20-year-old stands at a height of 5 feet 6 inches (1.67 m) and boasts a weight of 52 kg.