By LRU Writer | On: June 07, 2019
There's a very tiny possibility that someone will ditch the Hollywood limelight to have a peaceful life somewhere in the countryside... Hannah Margaret is just the one who chose to become a horse racer over gaining fame as a celebrity...Daughter of a famous Hollywood couple, her move wasn't a shock though as her father is also involved in animal farming as a side business...Meanwhile, Hannah is fully dedicated to her craft and is also a prolific horse breeder... 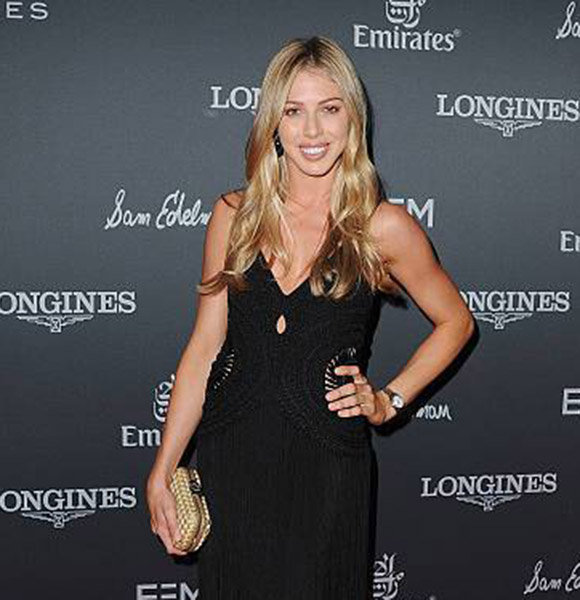 There's a minimal possibility that a person will ditch the Hollywood limelight to have a peaceful life somewhere in the countryside.

However, Hannah Margaret is just the one. She chose to become a horse racer over gaining fame as a celebrity. Daughter of a famous Hollywood couple, her move wasn't a shock though as her father is involved in animal farming as a side business.

Meanwhile, Hannah is fully dedicated to her craft and is also a prolific horse breeder.

Her father, Tom is well-known for his performances in movies & shows like Three Men and a Baby, Mr. Baseball, Lassiter, and Friends; while Hannah's mother Jillie is recognized for films like Silverfox, Frasier, and Magnum, P.I.

With such famous parents, Hannah was expected to have a career in Hollywood, but she appreciated nature more than fame. While she is occasionally involved in modeling, building an acting career never crossed her mind.

After finishing college from the Loyola Marymount University and her internship, Hannah decided to change her career path and became a professional rider. Over time, she participated in several tournaments all around the world including the Prix de States, Gucci Masters, Longines Masters, and Equitation Championship.

With her father's net worth of $45 million, it wasn't tough for Hannah to start a horse breeding business. So, she and her 6 feet 4 inches (1.93m) height tall father bought a stable in California named Descanso Farm.

As of today, the 30-year-old equestrian runs the stable while also participating in different competitions, both national and international.

As Hannah has never been married, the chances of her having a husband are literally zero. However, she loves hanging out with her male counterparts, which can even result in romance allegations.

Earlier in September 2018, Hannah was spotted with a guy named Beto Gutierrez. She even shared a photo of the two at the Sonoma Horse Park, California, and called Beto her "bae." After the fling, fans immediately concluded their romance. However, the rumored couple has not been spotted together after the occasion.

Meanwhile, Hannah made her fans confused; she gave a hint that she might have got over men and be in a relationship with a lady. On Valentine's Day 2019, she got together with an unknown female friend and called the lady her valentine via Instagram.

Alleged Lesbian In Our Vault:- Garbine Muguruza Personal Life Amid Lesbian Talks, Who Is Boyfriend?

While it could be a joke on Hannah's part, a lesbian angle can't yet be denied. And, speculating her athletic nature and tomboy-like personality, picturing Hannah as a gay woman won't be that hard.