By LRU Writer | On: August 14, 2019
Best known for her...videos on the online video-sharing platform, YouTube...Hannah Meloche is online...has also appeared on TV...Previously she was in a relationship with Jacob Hoexum. Hannah and Jacob went to the same school...The couple dated for a little over a year but... 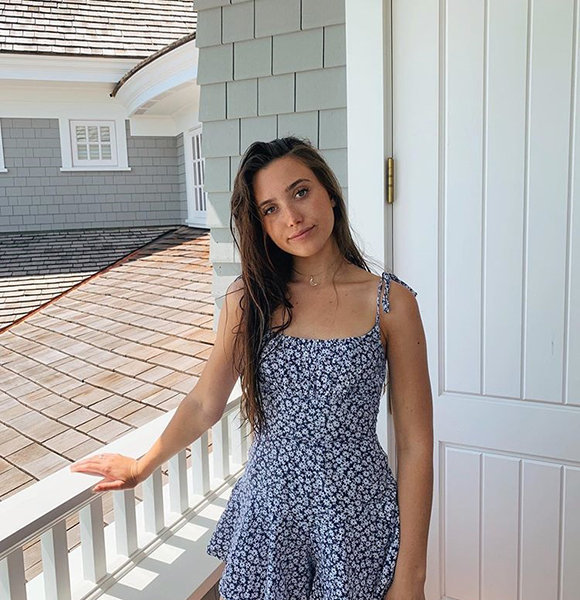 Hannah Meloche is known for her make-up videos on YouTube. She also appeared on TV shows as herself in MTV Creator to Watch and Camp Nick in 2018  and 2019 respectively.

Besides being entertainer, she is also an entrepreneur. After graduating from high school, the beauty guru launched Starlite Village, her very own jewelry business. where she sells necklaces and rings.

Born on the 26th of February 2001, Hannah Margret Meloche is a resident of California, USA. She grew up with her sister named Ella Meloche and three brothers named Reeve, Jack, and Andrew Meloche.

Regarding her family, her biological parents are separated. Her mother, Nicole Gregory remarried with a man named David Gregory.

As for her education, the beauty guru is on a break after she graduated in July 2019.

Talking about her physical appearances, Hannah stands with a fantastic height of 5 feet 6 inches(1.67 m) and weighs 55 Kgs. She has a unique condition; her right eye is blue and her left eye is green in color.

Hannah was in a relationship with Jacob Hoexum. Hannah and Jacob went to the same school and met for the first time at a football game on October 2017. Shortly after, they started dating.

The pair usually appeared on each other’s Instagram page. Hanna also made several videos with her boyfriend including a QnA video titled THE BOYFRIEND TAG, which has over 2.1 million views. However, after dating for a little over a year, the couple ended their relationship. On a video posted on the 19th of April 2019, Hannah revealed about her breakup with Jacob but, she did not explain the reason for the split.

As for the YouTuber’s relationship status now, Hannah remains single.

Hannah Meloche launched her beauty and fashion-focused self-titled YouTube channel on the 26th of December 2013. The first video on her was ten things to do at a sleepover when you're bored, followed by Little Mix - Black Magic, music video.

After this, she started to upload beauty, makeup, and fashion content on the channel. The videos garnered moderate numbers of views and gave the YouTuber’s channel a boost.

Within a few years, Hannah gained wide popularity on the social platform. Today, her beauty and fashion hub has over one million subscribers. Also, the channel has garnered more than 36 million views as of 2019.

Some of the most popular videos on Hannah’s channel are Emma Chamberlain Teaches Us How To Cheerlead, my REAL school morning routine - VLOG and SENIOR PROM *grwm vlog*.

The beauty guru also runs a secondary YouTube channel titled Hannah Meloche Vlogs. The channel - created on the 4th of August 2014 - is dedicated to vlogs that gives a sneak peek of her daily life. In just five years, the channel has accumulated 1.1 million subscribers.

At the age of 18, Hannah has a great career ahead. Just from her first channel alone, she earns anywhere from $15.8K - $252.9K yearly. Her second channel is not far behind either, Hannah Meloche Vlogs adds a nifty annual average sum of $13K to $208.4K to her bank.

Her net worth, although undisclosed, is undoubtedly in the hundreds of thousands.