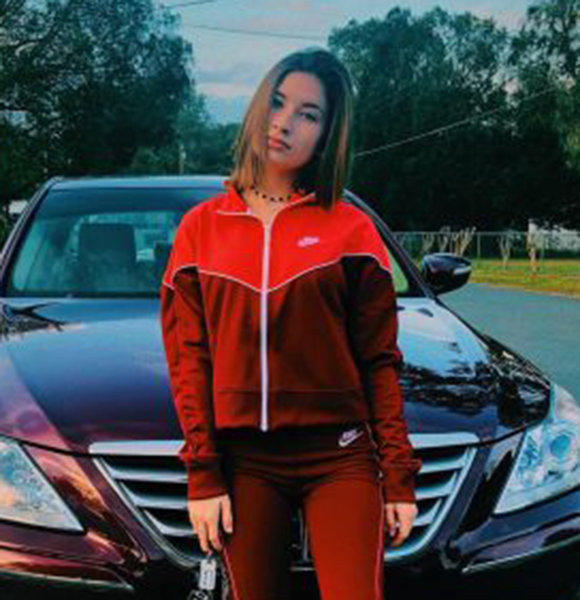 Well, the “it” social media app to make a splash is TikTok. The lip syncing app is the new internet sensation, and it has brought a bunch of breakout stars along. Well, the latest personality to break out from TikTok is Hannah Rylee.

The American national, who celebrates her birthday on 8th November, was born in Florida. But, she resides in New York with her family. While, a star on Tiktok, Hannah is still a teenager as her age is 16. The young sensation goes to high school and is part of the cheerleading team at her institution.

A lover of songs, she started gaining popularity on TikTok since she was 15 years old. Among her most famous videos Sad Girl Hours featuring Billie Eilish's song, "I don't wanna be you anymore" was the standout.

Wiki You May Like:- Patrick Starrr Wiki, Age, Gender, Net Worth

Well, her number of followers on the app also speaks about her popularity. She has more than 550,000 fans in Tiktok. Besides, her Instagram following is also decent with 160K followers.

Although not very active on YouTube, she does have an account on the social media giant. While Hannah has only uploaded a total of two videos, she has managed to gain 20K followers on YouTube.

Judging by her social media followers, she might be making a decent salary from her brand deals.

Along with the perks of social media fame, Hannah faced the downside of it when her Instagram account was hacked. But, the brave girl came back with a second account. Furthermore, due to her growing popularity, kids tease her and make fun of her at school. Some even go far ahead to hate on her.

According to Hannah, she couldn’t care less about hate as she plans to focus on positive vibes only.

On Her Dating Life

With the growing popularity of Hannah, it is no surprise that fans want to know about her personal life. Although quite young, the pretty brunette has already experienced a rocking dating life.

At 16, she has managed to have two serious relationships. Not much is known about the past. But, the internet sensation is dating Jack Tisdall - also known as Elmo - at the moment. Fans were dying to know about her beau and regularly spammed her Instagram page asking about Elmo and her relationship. On 14th February 2019 - via a cute Instagram post - she told the world that she was dating the Dublin born social media sensation.

Since her declaration, fans cannot stop gushing about the cute young couple.

What Is Her Height? Her Parents

Hannah is five feet one and a half inches (1.56m) tall. Slightly on the shorter side, she even made fun about her height on Instagram.

Talking about her parents and siblings, not much is known about them. But one thing is for sure; they support her to the fullest. Thus, she manages her school as well as a social media presence.