By LRU Writer | On: November 14, 2019
Riley Lewis at the young age of 16, shared a loving married-like relationship with her boyfriend...they had been together for...years and were still going strong... 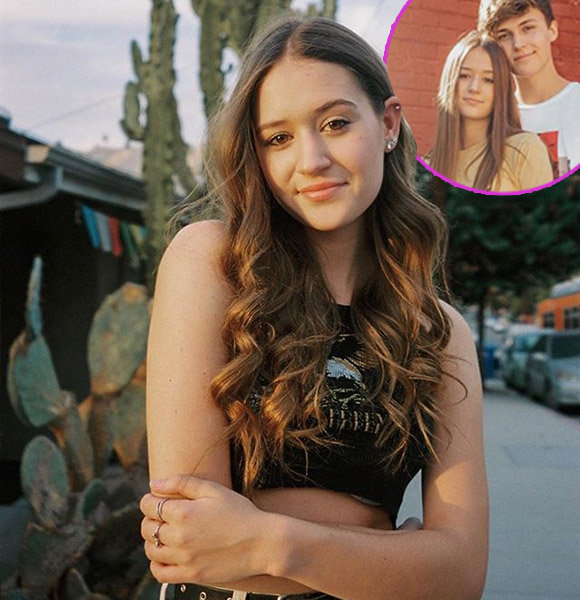 Best friend turned lovers are one of the most famous love stories ever known!

And the Youtube star, Riley Lewis, along with her boyfriend, seems to be top of the game, who gave nothing but extraordinary couple goals.

From 2019, Riley started dating actor and musician Tayson Madkour. Her handsome boyfriend is also a viral social media star with more than 160,000 followers on Instagram alone.

Moreover, he is also a popular figure in other social media platforms such as TikTok, YouTube, and Snapchat. The two first started dating in 2019 and were spotted together spending time at the Harry Potter theme park in Universal Studios. As of now, Riley hasn't shied away from citing her new boyfriend as her source of inspiration and during her back to school picture she even wrote,

"I'm headed back to school, but I've already learned so much from my adventures with friends all summer! With kicks like these from @callitspring and my boo @tayson who always inspires me, I feel like I can take on the world."

As of now, the two are going very strong on their relationship and are transparent about their dating life flaunting time and again.

When Riley, who stands at the height of 5 feet 2 inches (1.5 m), gained fame on social media, she shared it with her ex-boyfriend Tyler Phillips, who earned recognition through app musical.ly now called Tik Tok.

Initially, Riley and Tyler were best friends who met when they were just at the age of 2 back in 2004. As they grew up, their deep friendship eventually turned into love leading them to begin their relationship. The pair started dating in 2014.

Riley, who shares the same birth date and almost the same time with two of her siblings, posted multiple pictures on her Instagram with her then-boyfriend. Indeed, they sure were the couple goals, and by the looks of it, it seemed like their love would last a lifetime. Moreover, Riley mentioned "married to best friend" on her Instagram bio, and her fans were eagerly waiting for the special ceremony of these lovebirds.

Sadly, differences started to arise with her beau, and the two broke off eventually. On top of that, she deleted all the posts from her Insta handle, where her ex-boyfriend made his appearance.

As a result, this was not a good gesture from her side, and things had gone irreversibly wrong in their relationship.