By LRU Writer | On: August 02, 2019
Hari Nef, the transgender woman signed to IMG Worldwide...began her career in modeling while she was still transitioning...prefers straight men...her net worth... 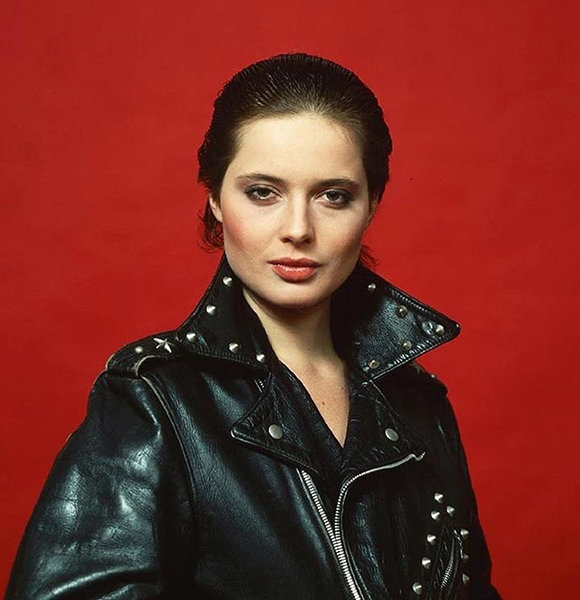 As the first transgender model signed to IMG Worldwide, Hari Nef began her career in modeling while she was still transitioning. Her unique circumstance gave her the very much needed stage to push forward the torch of the LGBT community.

Along with being a transgender fashion icon, she is also an outspoken activist for LGBT rights.

Born in Philadelphia, Pennsylvania, USA, on the 21st of October 1992, Hari grew in a Jewish family. Her father’s name is David Nef, while her mother is Robin Clebnik.

The 26-year-old star's parents ended up getting divorced when she was two years old. Then, Hari moved with her mother to Newton, Massachusetts.

Despite having troubling circumstances with her family, Hari passed her education with flying colors. She attended Newton South High School and later enrolled in the Columbia University in 2011. In 2015, the model graduated with a major in Drama and Theatre Arts.

While the model has been successful with her career at a young age, the same cannot be said for her personal life. Time and again, Hari has mentioned her singlehood. In her dating life before the transition, the LBGT activist preferred queer men because of their ability to understand fluid genders.

However, after being wholly transformed, Hari changed her preference to straight men. She revealed her choice in an interview with Independent in 2016. Hari Nef poses for the cover of ELLE (Photo: independent.co.uk)

Despite the change, the beautiful model has yet to find her special one. On the 17th of April 2019, Hari mentioned on her Twitter that she did not have a boyfriend because she always got flanked by unapproachable gays.

Ever since Hari made her runway debut in the spring of 2015 at New York Fashion Week, she has been the icon for the transgender community.

Besides being a model, Hari is also an avid writer. She has written for Dazed, Vice, Original Plumbing, and BlackBook. The model also worked for an Adult magazine on a regular sex advice/experience column.

Furthermore, Hari is an actress. In the 2013 movie, Hellaware she brought life to the character of Cy. Her other notable works include She Told Me She Was Dead, Self Aware, Family Tree. Crush, A-Z of Hair, Mapplethorpe and Assassination Nation.

With incredible levels of success at such a young age, the transgender model has been rocking it in the entertainment industry. However, the exact figures that she takes home each year are not disclosed.