By LRU Writer | On: July 24, 2019
Harris Dickinson has a history of portraying roles of a gay character......and is in a relationship with his longtime girlfriend......profoundly contributed to establishing his net worth of 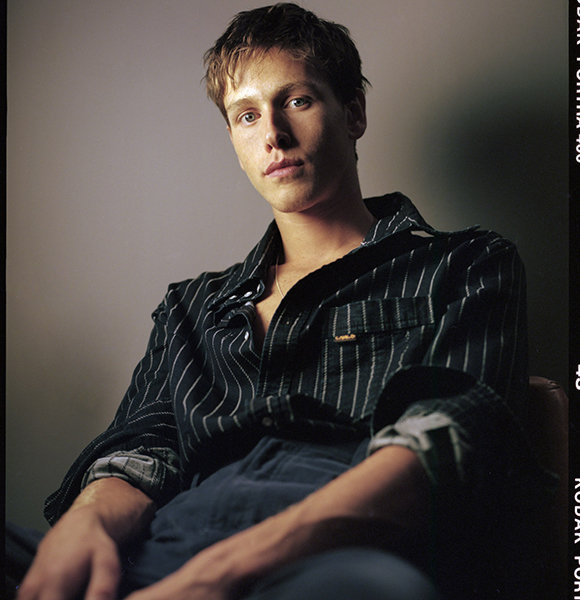 Harris Dickinson showed some high potentials while portraying the role of Frankie in the 2017 movie, Beach Rats. For his performance in the film, the British actor won the title of Young British/Irish Performer of the Year at the 38th London Film Critics' Circle Awards.

Previously, the title was won by notable actors like Tom Holland for Spiderman: Homecoming. Apart from acting, Harris has also ventured into filmmaking; directing more than three short films.

Throughout his movie career, the English actor has a history of portraying gay characters; often exploring and coming in terms with their sexuality. In the film Postcards from London, which is set in an imaginary vision of London's Soho, he played the role of a young gay man working as an escort.

Likewise, in Beach Rats, he had appeared as a gay teenager involved in physical relations with older men. As a result, many viewers speculated the artist as gay in real life.

But, it turns out he is a straight guy and also in a relationship with his longtime girlfriend Rose Gray, who is a musical artist by profession. The couple has been in a relationship publicly since 2014. Often seen together in public events, Harris and his girlfriend does not shy from boasting their relationship. To this day, their relationship is in good shape, and both of them have been transparent about their love life through their Instagram handle.

Harris’ date of birth as per official records is 24th June 1996, and his birthplace is Leytonstone, United Kingdom. His family has been a native of the UK for generations. The Caucasian actor's parents also raised him in a working-class family.

Harris - who is 6 feet (1.83m) in height - was passionate about acting since his teenage years. Moreover, the now 23-year-old was very committed to performing arts and dropped out of school at the age of 17 to focus on acting auditions. He first started as a theatre actor by working on Pauline McLynn’s Angels at the National Theatre.

Gradually, the British performer made his debut on television through Some Girls in 2014. And a few years later, he was cast in the TV show Trust directed by Oscar-Winning director Danny Boyle. However, the breakthrough moment in his career was the movie, Beach Rats.

Apart from that, he has also starred in other movies & TV shows, including Matthias & Maxime, The Darkest Minds, Clique, and more.

As of now, he is set to appear in the Disney movie, Maleficent: Mistress of Evil, slated to release by the end of 2019. Furthermore, he will be appearing in the hit franchise movie, The King's Man, alongside actor Ralph Fiennes.

All of these big-budget projects have profoundly contributed to establishing his net worth of $3 million in a short period.