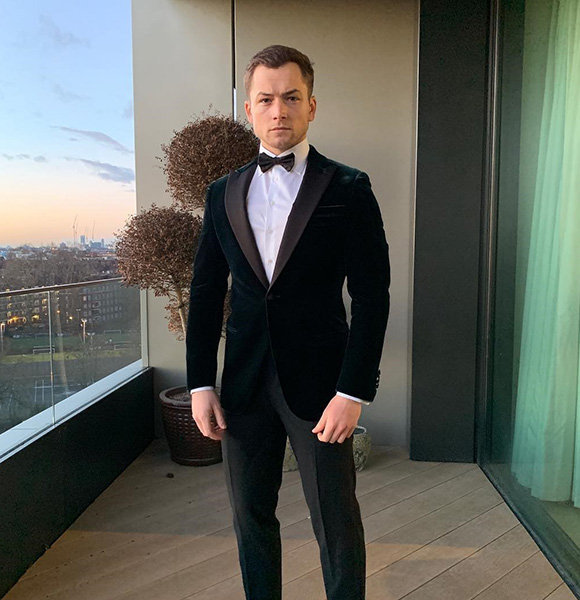 Taron Egerton is a British actor widely known for his roles in films including Kingsman: The Secret Service (2014) and British TV series The Smoke (2014). Ever since his acting career took off in 2012, he has worked alongside top A-list actors like Hugh Jackman, Tom Hardy, and Colin Firth.

In 2015, Taron went on to win the title of the Best Male Newcomer awarded by Empire magazine and also got listed among the 50 Best Dressed British Men by GQ magazine.

Taron Egerton was born on 10 November 1989 in Birkenhead, England. He spent his early childhood on the Wirral Peninsula where his father ran a bread-and-breakfast while his mother was a social worker. He did his schooling in Ysgol Penglais School and graduated from the Royal Academy of Dramatic Art in 2012. Aged 29, Taron is the eldest son in the family and has two younger sisters with one of them named Mari Egerton.

Taron first made his big acting debut after he appeared in two episodes of the ITV series Lewis as Liam Jay. He was eventually cast in the hit action-comedy franchise film Kingsman: The Secret Service and it's 2017 sequel.

Taron has performed a variety of roles in his movies ranging from action, romance, and drama to even musical. In 2016, he lent his voice for the animated musical film, Sing(2016), for which he covered Sam Smith's track Stay With Me with perfection.

As of 2019, he will be seen singing once again as he has played the lead role in a musical biopic titled Rocketman. In the movie, he will be portraying the part of the iconic gay British singer, Elton John.

Although Taron Egerton was single till 2015, he started dating Emily Thomas, a British producer, a year later in 2016. After two years of dating, the pair split up in 2018 after Taron was officially selected to play the part of Elton John for the movie, Rocketman.

Though the reasons behind their breakup were unknown, Taron revealed that he was taking time to reinvent himself and preparing for the role for the movie. Taron also expressed his plans to remain single as he was more concerned about being wrongly accused of sexual assault in the wake of the "Me too" movement.

Read Also :- Mario Batali Won't Be Charged For Sexual Assault, Find Out Why

But as of 2019, Taron reunited with former partner Emily and started dating her again. The pair were also spotted kissing and sharing the red carpet during the premiere of his movie, “Rocketman. It is not official whether Taron has any plans to make Emily his future wife.

Taron Egerton has a net worth of $6 million. As he has worked on massively produced box office hits like Kingsman: The Secret Service, it is fair to assume that Taron is doing very well for himself financially.