By LRU Writer | On: November 15, 2018
Openly Gay Harvey Fierstein, known for his role in Torch Song Trilogy, is a gay icon......He has been gay since...and even shared romance with his partner...He was reported dating...back in...when he opened up about their relationship... 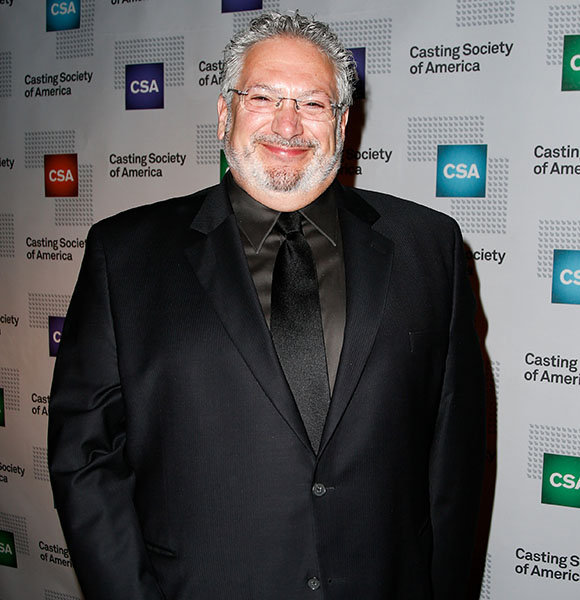 One of the first openly gay actors in Hollywood, Harvey Fierstein is renowned for his performance in Torch Song Trilogy, a role which even brought him a Tony Award. His initial coming out was unquestionably strugglesome, but over the years, the actor has seen the changes in people's perception of gay people.

While he is short of idolized in LGBTQ community, he is admired for many for his works in his career and the betterment of the society. Despite being on the spotlight, very less information regarding his love life has been out in the open.

The Safe Men actor's romance with his gay partner is under the veil as he seems to prefer to keep his love life a low-key. However, few insights have been reported when it came about Harvey's romance.

Romance With Multiple Partners; Still Together With Boyfriend Or Separated?

As far as Harvey's romance goes, it dates back to a long time in the past just like his age. Previously he was rumored to be dating Bruce Bibby, who is a widely acclaimed former Hollywood journalist.

On various outlets, Bruce has been mentioned as Harvey's "ex-significant other." However, neither of the two have made claims of their togetherness.

Have A Look At: Danny Fujikawa Age 32 & Girlfriend Welcomes First Baby, It's A Girl!

Likewise, the Hollywood veteran also has his name tagged along with Scott Nevins, the American television and radio personality. Back in 2014, Scott posted a picture of him with Harvey dating back to 2006 in which they appeared in their Halloween costume during the Halloween party.

In the post, he mentioned Harvey as his boyfriend which led to speculation of their romance. Despite the pictures on the internet and direct mentioning as a boyfriend, there isn't any definite proof of their affair. Prior to internet speculation, Harvey shared an open and serious relationship with Joe Grabarz, the executive director of the Connecticut Civil Liberties Union. The couple was reportedly dating back in 1995.

In October of the same year, Harvey and his boyfriend Joe had attended the first annual Gay and Lesbian American Music Awards where the Jewish actor performed his duties as master of the ceremonies.

The former couple had opened up about their relationship back then just as they headed for home together. The pair revealed that back then they had been seeing each other for under a year. Harvey said,

"We've been seeing each other for under a year, so our relationship still feels like a honeymoon"

Adding to it, he even divulged that they hardly had any time of the day to see each other as they always have work loaded in their schedules. Joe also expressed his unsatisfaction regarding their busy schedules saying,

"For the fact that we never see each other. If we could both stop all these events, our life would be a lot more romantic. Harvey likes to say that the quality he looks for most in a lover is agoraphobia."

Harvey could not agree more with his former pat. Since then, the couple has remained at low-key. It is a secret whether they broke up and found their significant other or are married and share a family.

While Harvey shared his love with his partner, he proved to be one of the key figure involved in promoting the exact idea of the contemporary gay and lesbian life. He has been gay all his life with no apologies or any climactic suicide attempts.

Being a gay himself, Harvey has always supported the movement for equal respect. He sends out his words for the next generation of LGBTQ people saying that they must be acquainted with the gay history as well while knowing about the trouble their people faced in the past.

“What a day! What’s great about a day like today is you have a nation standing behind you to say, ‘We respect you.’”

It is a proud moment for the LGBTQ people as they are finally seen as the same.