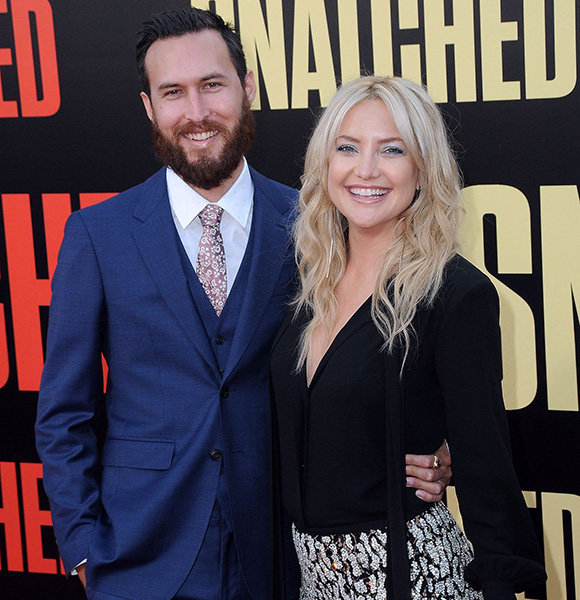 The Scumbag star and his famous actress girlfriend, Kate Hudson welcomed a baby daughter named "Rani Rose Hudson-Fujikawa" on 3 October 2018. The mother of three, Instagrammed with the picture of her daughter's date of birth shouting " She is here." See Also:- Did Owen Wilson Get Married To Any Of His Girlfriend? Loss In Family After Father Died Which Puts Him In Center

Without sharing the glimpse of their baby daughter, the couple disclosed the inspiration behind their newborn's name. The post stated:

"We have decided to name our daughter Rani (pronounced Ronnie), after her grandfather, Ron Fujikawa. Ron was the most special man who we all miss dearly. To name her after him is an honor."

"Everyone is doing well and happy as can be. Our family thanks you for all the love and blessings that have been sent our way and we send ours right back."

The happiest parents had announced they were having a baby girl back in April 2018 by Instagramming a video. In the caption, Kate shed the light about her most sick first trimester and all about her endurance. Also, she claimed how it was difficult to keep her pregnancy a secret:

"And it’s too darn challenging to hide, and frankly hiding is more exhausting then just coming out with it! My kids, Danny, myself and the entire family are crazy excited! A little girl on the way"

After she came out with the happiest news, the actress Instagrammed series of pictures of her growing baby bump. Also, she shared the glimpse from the celebration with her friends on Instagram on 25 September 2018 which seemed to be, "Baby Shower." The family's new addition came over a year after the couple tied in dating life.

The couple was first introduced by Danny's step-sisters Sara Foster and Erin Foster, who happens to be Kate's best friend. But when they first met, Kate was just aged 23 and was pregnant with her first-child Ryder with her then-husband Chris Robinson.

After 15 years of knowing each other the couple opened their hearts to each other and since then they have been together. On their first anniversary of dating life on 4 December 2017, she Instagrammed the kissing picture with her new boyfriend describing their dating timeline.

"So on our 15th year of knowing each other we were able to open our hearts to each other to feel so much pure love and it’s been truly incredible.! â¤ï¸Happy first date anniversary baby"

Moreover, the parents of the beautiful baby girl were hinting their possible engagement in April 2018 but it seems they have another reason for celebration