By LRU Writer | On: October 10, 2019
Heida Reed moved across the world before finding her true calling in...Heida is among the few actresses who flaunt their boyfriend openly. She is dating...But, the happy couple is yet to make details of their wedding... 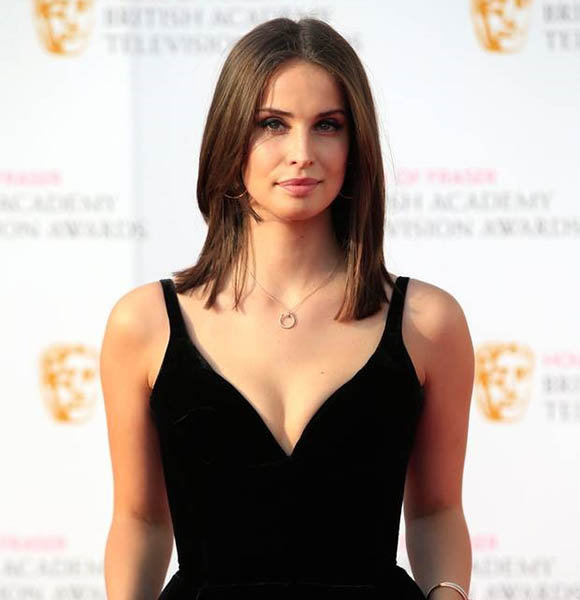 Heida Reed moved across the world before finding her true calling in acting.

As a mere 18-year-old, the Icelandic actress moved to India to pursue a modeling career. After trying her luck in the Asian country’s showbiz, she moved to England to study drama. Her global trotting finally paid off when she broke out as Elizabeth Chenoweth in TV series, Poldark, in 2015.

Heida is among the few actresses who flaunt their boyfriend openly. She has been dating Sam Ritzenberg - American producer known for Jim & Helen Forever, and Wage Gap Date - since 2016.

The pair nurtured a long-distance relationship as Heida was based in the UK shooting for Poldark while her boyfriend worked from Los Angeles. Despite the circumstances, they made it work.

After dating for a year, the loving couple decided to take their relationship to the next level. Heida and Sam got engaged to be married in a low-key proposal. The actress was rocking mom jeans when her boyfriend asked her to marry him. After the cutest proposal, Sam surprised Heida via arranging a performance of Boyz II Men’s song by their friends. It was the best surprise for Heida as the group’s songs were on her bucket list for her dream wedding.

Since then, the couple has kept flaunting their love for each other on Instagram. Heida and her fiance also appear in public events together. In January 2019, they coupled up for Cirque Du Soleil Totem premiere in London.

But, the happy couple is yet to make details of their wedding public. Interestingly, as of June 2019, Heida and her fiance’ have addressed each other as husband and wife on Instagram.

It is unclear whether Heida and her husband are legally married or not.

Heida (real name: Heiða Rún Sigurðardóttir) grew up in Iceland in a loving family. Her piano teacher father and dental hygienist mother, Guðrún Árnadóttir, recognized her inclination towards art from an early age.

It was her father who encouraged the actress to pursue a career in acting. Today, Heida has made her family - including an elder brother and a younger sister - proud as she boasts 13 acting credits.

Along with her breakout hit Poldark, she has been part of several TV series, namely Stella Blómkvist, Death in Paradise, and Nutritiously Nicola. Along with TV, Heida also forayed into movies like One Day and True Bloodthirst. Also, she was part of a short film called Eternal Return.

No wonder, she boasts a net worth of $14 million.

Along with a blossoming career, Heida of age 31 also boasts an enviable body. She palates a moderate height of 5 feet 7 inches (1.7 m) and weighs 56 kg. Taking about her measurements, she flaunts a size of 31-24-33 inches.