By LRU Writer | On: September 12, 2019
Best known as Trixie Franklin in BBC1 series Call the Midwife, Helen George is a reputed actress. Back in 2012...Helen’s dating life has been a rollercoaster ride. Love knocked on her door at the sets of the 2008 TV series, Hotel Babylon. It so happened...Fast forward to 2012, Helen and her actor boyfriend got married. Although... 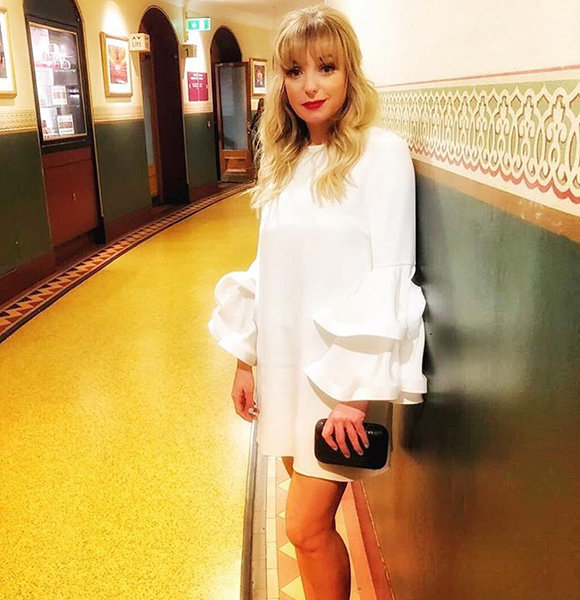 Best known as Trixie Franklin from BBC1 series Call the Midwife, Helen George is a reputed actress. Back in 2012, when she took on the part, no one had the slightest clue it would turn out to be her breakthrough role.

Remarkably, the actress is still winning hearts as Trixie in the show’s ninth season in 2019.

Along with acting skills, Helen also possesses gifted vocals. She has worked with Elton John as a backup singer during his tours. In par with her killer singing skills, she was called on to sing at Queen Elizabeth’s 92nd birthday celebration in 2019.

Helen’s dating life has been a rollercoaster ride. Love first knocked on her door at the sets of the 2008 TV series, Hotel Babylon. It so happened that she met her co-star, Oliver Boot there and the pair hit it off.

Fast forward to 2012, Helen and her actor boyfriend got married. Although it seemed like a happily ever after, at the time, the relationship didn’t last long.

Just three years after getting hitched, the British actress separated from her husband and eventually got divorced. According to Helen, it was a hard time in her life. To cope up with it, she participated in Strictly Come Dancing in 2015, to keep her mind off things.

After a dreadful time, Helen’s dating life took a happy turn when she found love again in 2018. Well, the actress once again met her boyfriend on the sets of her TV series, Call the Midwife. The guy who managed to woo Helen was her reel-life love interest Rev Thomas, played by Jack Ashton.

According to the British actress, they were friends at first, and Jack often made her laugh. Slowly, as they worked together, the friendship turned into a romantic relationship.

Helen and her man took their relationship forward when she became pregnant with a baby in 2017. She kept the news a secret for the longest time and only revealed the good news in the red carpet of TV awards in September 2017. Just a month later, the pair welcomed a daughter named Wren Ivy. However, the pregnancy was not without complications as Helen suffered from a condition called ICP - a liver disorder occurring during pregnancy. Due to the situation, her baby daughter was born three weeks early.

But, things got better in the end, and the actress has taken upon herself to raise awareness about the condition by sharing her story.

As per Helen and Jack’s relationship, the couple continues to raise their family together.

Helen of age 35 started her acting journey when she got cast in a play called The Woman in White. Since then, she has managed to accumulate 14 acting credits which include movies like The Three Musketeers and Scar Tissue. As a busy working actress, she earns an average income of $49,924 per year.

Taking about Helen’s measurements, she boasts a height of 5 feet 7 inches (1.70 m) along with a complementing weight of 57kgs.