By LRU Writer | On: December 15, 2019
Holly Willoughby is an English TV show host and actress known for her works in...is in a married relationship with her husband Daniel Baldwin...has three children with Daniel...her parents' names are...has a net worth of around $8 million whereas her husband owns somewhere around... 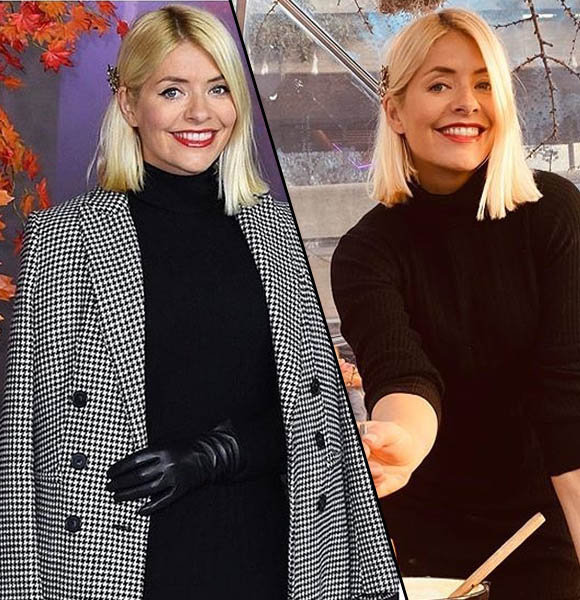 Holly Willoughby is an English TV presenter, model, and assistant performer in various magic shows. She has been active in the show business for a long time, first making her big hosting break in 2008 from the show The Xtra Factor after taking over the show from Fearne Cotton, her best friend.

In addition to her TV presenting career, Holly has also worked in a few cinematic productions such as Coronation Street (2018) and Marple (2010). She owns nine credits as an actress, according to IMDb.

Holly has enjoyed a successful career in show business, and similar is the case with her personal life. She is in a happily married relationship with another TV presenter.

Holly’s partner is Daniel Baldwin. The presenter and her husband first met on the set of the show Ministry of Mayhem. And, things naturally took off after their first meeting, as they started dating soon after.

Then, around 2005, the couple got engaged, and finally, their long-awaited wedding took place on 4th August 2007. Holly Willoughby and her husband Daniel Baldwin out on a date to celebrate their 12th wedding anniversary on September 2019 (Photo: Metro)

And the relationship only grew stronger after the birth of each of their three children.

The couple has two sons and a daughter. The oldest child son, Harry James Baldwin (born - 11th May 2009), the middle one is daughter Belle Baldwin, who was born on 14th April 2011 and was a premature birth. Finally, the youngest of the three, son Chester William Baldwin, came into the earth on 29th September 2014.

Holly was 28, 30, and 33 years of age when giving birth to her three babies, respectively.

The family currently resides in London.

Holly has been working for so long in front of the cameras that her considerable net worth doesn’t come in as a surprise to any of us. She owns a net worth of around $8 million as of December 2019.

The TV show presenter has a few expensive properties to her name, one of which includes a beautiful home in London.

Recommended For You:- Karamo Brown Gay, Partner, Family, Net Worth

On a similar note, Holly’s husband Daniel too has a decent net worth of his own. His net worth measures around $400 thousand as of the end of 2019.