By LRU Writer | On: April 22, 2019
Hudson Sheaffer is the one who stole Pretty Little Liars star Sasha Pieterse’s heart and married her. The handsome hunk has been a constant in the TV actor’s life for a long time. One needs to keep reading to find out about Hudson and his love life!... Hudson’s Wiki...Wedding Details... 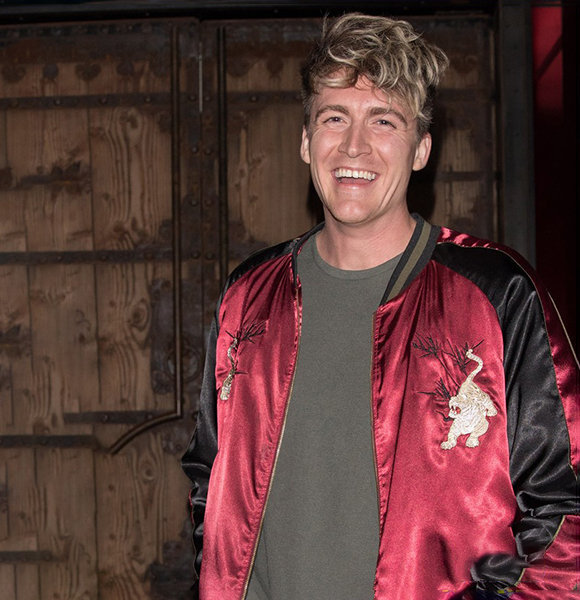 Hudson Sheaffer is the one who stole Pretty Little Liars star Sasha Pieterse’s heart and married her. The handsome hunk has been a constant figure in the TV actress’ life for a long time.

One needs to keep reading to find out about Hudson and his love life. But, before that let's explore her wiki!

The Dalhia Knights actor, who celebrates his birthday on 4th September, was born in 1988 in the USA. Besides acting, his work credits include working in the art department, production assistant and as a stunt performer. Hudson, age 30, was also credited for his work in movies: Closure and Woman Warrior.

Hudson made Sasha his wife in one of the most beautiful locations of the world. The couple tied the knot in a castle in Glaslough named Leslie Estate in Ireland on 27th May 2018. Well, Sasha was one gorgeous bride on her big day, dressed in a custom Christian Siriano gown and necklace from XIV Karats. The beautiful D-day came three years after Hudson had gone down on one knee and popped the question. To his delight, the Geek Charming actress said yes to his proposal as the pair became engaged in December 2015. The engagement was not a surprise to the fans as the love birds had started making appearances in each other’s Instagram back in 2012. According to Sasha, the pair have known each other since 2004. They gradually launched in the direction leading to their dating relationship.

Interestingly, Hudson is seven years older than his wife and along with the age thing; the hunk is quite taller in height than the TV actress. But their differences make them even close as a couple, they live a happy life with two dogs; Lady and Levi.

Sasha was born on 17th February 1996 at Johannesburg, South Africa. Thus, via her birthright, she holds South African nationality. Her parents are also from the entertainment industry; who worked as acrobatic performers. Therefore, she got her start in the movie business early. Sasha was mere fourteen years old when she got her big break as Alison DiLaurentis in the Freeform’s hit show.

Besides the teen thriller, her work credits include Stargate SG1, Wanted, The Adventures of Sharkboy and Lava Girl, Family Affair, Heroes, Heroes: Slow Burn and Good Luck Chuck to name a few. Due to her acting jobs, she has managed to accumulate a net worth of $2 million.

The auspicious star also dipped her toes in reality TV world as she participated in the 25th season of Dancing With The Stars. Sasha made headlines on the show when she talked about her condition of Polycystic Ovary Syndrome diagnosis. She went on to reveal that it was hormonal imbalance due to the state that launched her weight gain.