By LRU Writer | On: June 11, 2019
Ines Rosales is an American TV presenter...was born in America but her roots are from Guatemala in Central America...started working for TV networks when she was still in school... 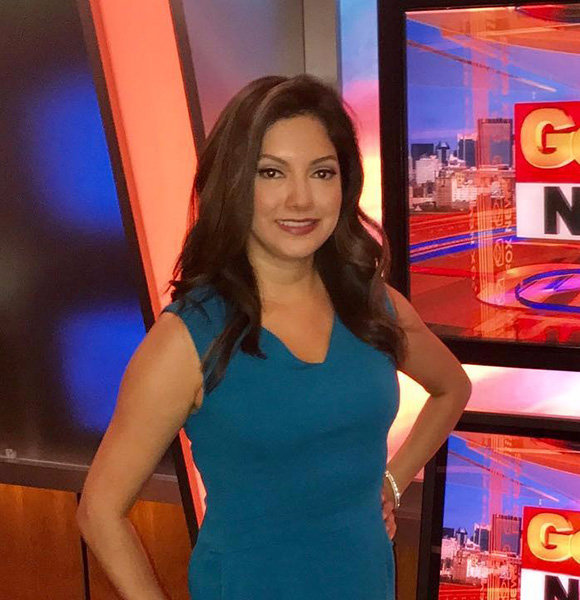 Ines Rosales is an American TV presenter. She is responsible for updating millions of New Yorkers about the hustle and bustle of the city traffic. She has worked both on and off the screens for her network.

Moreover, she is an accomplished actor. The beautiful host lent her talent to TV shows like Lock 'N Load with R. Lee Ermey in 2009 and Good Day New York in 2012.

Ines Rosales was born on 2nd of August 1982, in Bellville, New Jersey, United States. Although she is an American by nationality, her family roots are from Guatemala in Central America, making her ethnicity a Hispanic.

She grew up in the states with her siblings; both brothers, Juan Rosales, and Will Rosales.

Regarding her education, Ines attended the Belleville High School in Bellville. For her higher education, she enrolled at the Montclair State University in Montclair, New Jersey. She graduated in 2004 with a degree in Bachelor of Arts in TV Broadcasting.

As for her measurements, the beautiful host stands tall with a height of 5 feet 2 inches (1.57m.)

Divorced, Back In The Dating Game With Mike Woods?

The gorgeous TV presenter, Ines, is a dream girl for hundreds of thousands of New Yorkers. Ever since her appearance on their screen, they have been dying to know all about her.

Well, Ines was reportedly engaged to a law person, a police officer of Clark New Jersey named Brian Renda. They had even got married. However, neither she nor Brian revealed any information on their marriage.

Things seem to be contradicting if her social media is any hint. Ines portrays herself as a single, unmarried woman. Her Twitter handle is filled with accounts of such.

On 3rd June, she responded to a fan who asked her why she was single, and if she was interested in a 49-year-old Police Officer. Her reply was as clear as crystal; she responded with no one being interested with her on that level. Ines' singlehood got supported by the fact that she has been caught enacting a Kiss-Cam situation. It was her co-host, meteorologist, Mike Woods with whom the TV host exchanged smooches. No married woman would kiss another man besides her husband, that too on screen, right?

The rumors stirred more when the host shared a photo of her and Mike on her social media, Instagram wishing him a happy birthday on 28th of January 2019. Despite the closeness, they have shown for each other, neither one of them have commented on if they were a thing or not.

Ines was paving the path to her career even before she was out of school. She used to work at the school broadcast network WBHS. After her graduation, she started working behind the scene as a camera operator at Metro Shadow Traffic.

Another Traffic Anchor In Our Vault:- Who Is Alysha Del Valle, NBC4 Journalist Married To & What's Her Salary?

With her drive and passion, she was promoted as a fill-in traffic reporter. Ines provided traffic updates in both English and Spanish languages to several NYC news networks.

Still today, she delivers weekday morning traffic reports for WNYW/Fox5 Good Day New York. With over 15 years of service in the industry, Ines has made a name for herself. Also, her expertise and time on the field of the industry provide her average of $81K.