By LRU Writer | On: December 02, 2019
Ush Smith is an American basketball player playing for the...has been playing in the NBA for 9 years...no information regarding his love life and his girlfriend...is not married yet, and has no wife...grew up alongside two sisters and a brother...went to Central Cabarrus High School and attended West Forest University for college...his height and salary figures are given below... 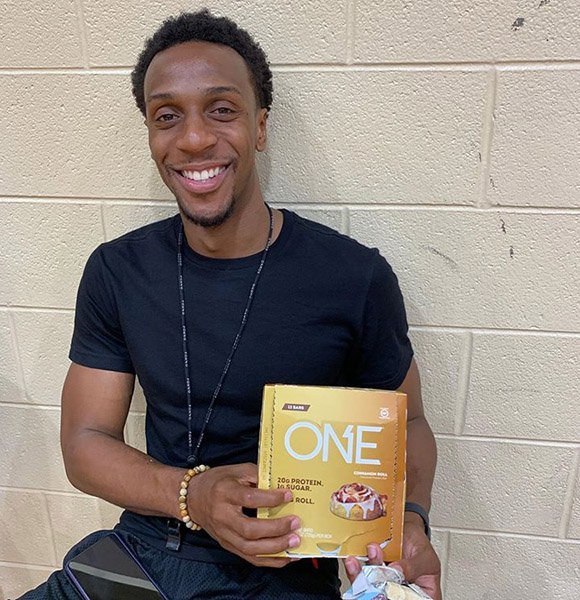 Point guard Ish Smith plays for the Washington Wizards for the 2019-20 NBA season. He has been playing in the US basketball's top league for almost a decade after being drafted to the Houston Rockets in the 2010 NBA Draft.

Ish, since his draft, has gone on to play for a lot of teams in the division, some of which are Memphis Grizzlies, Golden State Warriors, Philadelphia 76ers, etc.

Does Ish Have Wife?

Ish seems to be one of those guys who keep their private relationships out of the media spotlight. There has been zero confirmation or denial from the player’s side regarding his girlfriend or a possible wife.

In addition to the lack of information from Ish’s side, there also has been no rumors regarding his relationships. The athlete has never been spotted with anyone in public and is not linked with anyone who could be considered his significant other.

You May Also Like:- Otto Porter Girlfriend, Parents, Family, College

The absence of information about Ish could mean one of two things - either Ish is not involved with anyone of significance right now, or that he is voluntarily keeping his personal life out of the media due to security and privacy reasons.

Whatever the case may be, it will certainly be interesting to see what the future discloses about Ish and his love, or potentially married life.

Ish was born into a family of loving people. The NBA star’s mother’s name is Gwen Smith, and his father is Larry Smith. They raised their kids in Charlotte, North Carolina. Upon completion of his university education, Ish was drafted by the Houston Rockets in the 2010 NBA Draft. But, he was assigned to play for the Rio Grande Valley Vipers of the NBA Development League. And within a month, he was twice assigned to Rio and called back to the Rockets.

And the 2010-11 season was chaotic for Ish, jumping from team to team before finally ending up at the Phoenix Suns for the 2012-13 season.

After Phoenix, he went to Philadelphia 76ers twice and New Orleans Pelicans once before settling down at Detroit Pistons for his longest time in a single club.

Talking about his salary, Ish earns $6 million a year at the Washington Wizards after having signed a 2-year, $12 million worth contract with them on 9th July 2019. As for his total career earnings, Ish has earned $35,863,089 during his nine years in the NBA.