By LRU Writer | On: October 22, 2019
Otto plays for...girlfriend is...dating since...his family has...attended high school...celebrates his birthday...played for the University of...But what about his personal life? How much do you know about this star player’s dating life... 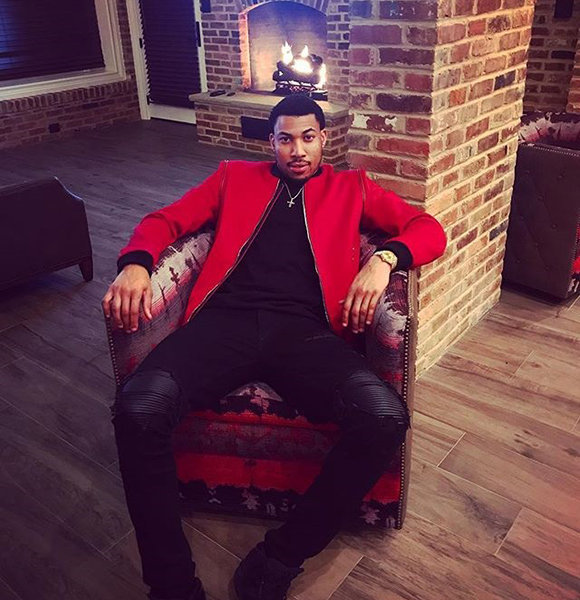 Otto Portman is possibly the most crucial player for the Chicago Bulls right now. He is one of the best young players that the Bulls picked up over some years.

But what about his personal life? How much do you know about this star player’s dating life and his college days? Test your knowledge as you read this article about Otto Porter. However, Otto made the relationship publicly official through an Instagram post captioned “A real one” only on 19th June 2018.

Throughout their relationship, which continues until today, the couple has celebrated birthdays together. Interestingly, they celebrated their first anniversary on 9th April 2019.

Otto’s inspiration for basketball comes directly from his parents. Born to Otto Porter Senior and Elnora Timmons Porter, it was his mother who taught him how to shoot.

Coming from one of the two royal basketball families from the southeast Missouri area, Otto Porter had help from both his mom and his dad in regards to his basketball education. His mom taught him about the follow through and hold, and his father worried about his footwork.

The couple, who both went to Scott County Central high school and played basketball growing up, deserve most of the credit for Otto's basketball skills.

The athlete also has a younger brother, and he is incredibly close to his family. He often posts pictures of his family on his Instagram.

Twenty-six-year-old Otto Porter was always a natural at basketball and played the ball from his young days. He attended Scott County Central High School and played for the school’s team during his freshman year.

After high school, he went on to play for Georgetown University. He made 64 appearances for the Georgetown Hoyas.

It was during this time that he declared for the NBA Draft. Otto was the third overall pick in the 2013 NBA Draft out of Georgetown.

He was picked up by the Washington Wizards during the draft and played for them till 2019. He moved to the Chicago Bulls later in 2019 in an exchange deal with players Jabari Parker and Bobby Portis.