By LRU Writer | On: January 13, 2019
"Ivan Moody leaves ffdp" is one headline the fans of the heavy metal band Five Fingers of Death Punch... No sooner had the incident been public, various outlets including TMZ began reporting news of the divorce between Ivan and his girlfriend of 17 years... Highlighting the Under and Over It hitmaker's $10 million net worth, TMZ's report suggested that his alleged wife, Holly... 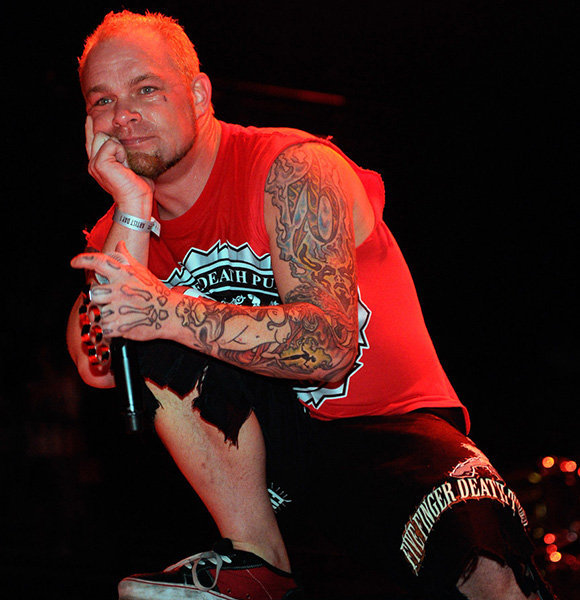 "Ivan Moody leaves ffdp" is one headline the fans of the heavy metal band Five Fingers of Death Punch have grown quite accustomed to reading.

Veering away from the rock star image, the frontman of the legendary collective, age 39, often portrays himself more in the line of a diva. His constant flirtation with getting hospitalized and rehab stays haven't helped his cause.

Standing at the modest height of 5 foot and 6 inches (168 cm), Ivan might not possess the physical ruthlessness of the so-called devil, but his actions against his wife-like girlfriend of 17 years indeed pegged him as one.

The allegations hurled against him are as grave as it is puzzling.

On 12 August 2015, responding to a 911 call of domestic violence, a team of Las Vegas police arrived at the hotel lobby to find Ivan's longtime girlfriend, Holly Smith battered and bruised. At the time of his arrest, the rocker showed signs of high-level intoxication as per the police report.

Upon pressing charges against the Denver native, Holly accused him of putting her in a jiujitsu submission hold and then punching and choking her with a blanket. She later opted to drop the charges. The alleged injuries suffered by Holly on 12 August 2015 following the attack on her by Ivan (Photo:- tmz.com)

No sooner had the incident been public, various outlets including TMZ began reporting news of the divorce between Ivan and his girlfriend of 17 years. What the reports failed to outline is the fact the two were never in a marital relationship in the first place.

Highlighting the Under and Over It hitmaker's $10 million net worth, TMZ's report suggested that his alleged wife, Holly was seeking financial support from him. Despite never being married, Ivan and his rumored-wife are parents to their 20-year-old daughter.

Of all people in the world, it would take fellow Five Fingers of Death bandmate Zoltan Bathory to douse the TMZ report. In an almost sarcastic manner, Zoltan came to Ivan's defense via a tweet which read:-

"don't know which 1 is more offensive insinuatina g that Ivan knows JiuJitsu or that he has a wife! none of those R true GottaLoveTheInternet"

Fans may not want to remember, but It wasn't the first time that Zoltan had come to Ivan's rescue.

Leaves FFDP For Rehab; Getting Hospitalized

By the 39-year-old's admission, he is his own worst enemy. Thankfully, he surrounds himself with a group a people, who indeed care for him. Ivan's battle with alcoholism and drug addiction date as far back as to March 2016; he got hospitalized on the eve of their gig as an opening act for Black Sabbath's final string of tour stops in Australia.

Despite his bandmates reassurance, a year after the incident in Australia, he announced that he had fallen off the wagon once again. The announcement came a day after he threatened his bandmates to leave the group while performing on the stage.

While the rest of the Five Finger of Death Punch finished the tour with Bad Wolves vocalist Tommy Vext, Ivan got admitted to rehab seeking for help. Now, almost a year and a half sober, the "I Apologize" growler seems to have found a new perspective in life. In 2018 radio interview, he claimed:-

“I just don’t want my legacy to be [dying from substance abuse]... ”

According to him, the death of a fellow rocker, Linkin Park's frontman, Chester Bennington was an eye-opening experience that inspired him to seek help before it was too late.