Jenelle Evans Is Hospitalized, What Happened & What's Her Health Status?

By LRU Writer | On: December 25, 2018
Wishing for a Christmas miracle! A day after being hospitalized, Teen Moms 2 star Jenelle Evans provided an update on heir ailing health via Instagram on 22nd December 2018. 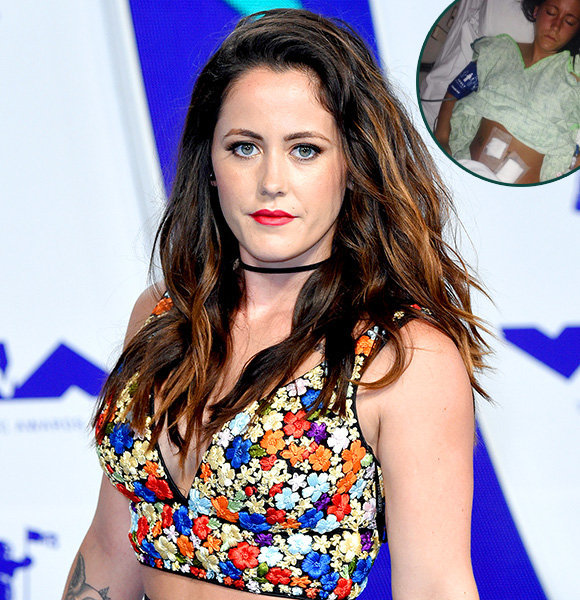 Wishing for a Christmas miracle!

A day after being hospitalized, Teen Moms 2 star Jenelle Evans provided an update on heir ailing health via Instagram on 22nd December 2018. Posting a snap of her lying in bed, the 27-year-old dolefully let out her frustration by writing:-

“Been sleeping all day, migraines suck!”

As for a reason behind her most recent hospitalization, the North Carolina native blamed esophagus pain as she continued:-

Referencing the intravenous catheter shielded by a piece of cotton on her right hand, she threw in a crying-laughing face emoji as she delved further in her health condition by adding:- A day before, Jenelle had taken to Instagram, calling her followers to wish her good luck as she sounded hell-bent on finding answers about her health. The MTV personality had revealed:-

For the mother of three, the hospital stay has been a recurring theme in her life in 2018. Back in October 2018, the authorities at Columbus County rushed her to the hospital in a private after the said county's sheriff's office responded a call from her residence.

Accusing her husband David Eason - who will face charges after the video of him illegally towing a vehicle of a disabled person named Terry Hill - of assault, Jenelle had initially reported the alleged crime against her to the Colombus County Sherrif's Office. A written transcript of the distressed 911 call reads:-

“My husband, he just assaulted me. He pinned me down on the ground in the yard, and I think I heard my f–king collarbone crack and I can’t move my arms.”

But as she didn't file a police report, her husband didn't get arrested. Later, she labeled the whole fiasco as "a drunk and dramatic misunderstanding."

In the days following up the said incident, Jenelle had gone under the knife to mend her sinus issues. After undergoing Septoplasty, she thanked her husband by penning a short but heartwarming message that read:-

“Just want to say thank you for always taking care of me. ?? #Septoplasty #RoughRecovery #SinusSurgery,” The news of her surgery had come weeks after her 4-year-old son Kaiser's surgery ear tubes surgery. Referencing the hearing ailment, she wrote a lengthy health update following her son's surgery to mend his hearing.

“After many many doctors appointments and tests… Kaiser had to get tubes in his ears and his adenoids removed like I did when I was little. Hearing test showed his hearing was down by 40% and now his ears have already improved, super happy for him! Prayers please for a speedy recovery, thanks!"

Besides Kaiser, Jenelle is also a mom to 8-year-old Jace (with her ex Andrew Lewis) & 1-year-old daughter, Ensley with her husband, David.