By LRU Writer | On: September 13, 2018
a mysterious girl began to accompany him on his social media posts -- a massive blow to both of his gay and...Their dating history can be traced as back as to November of...The Arrow actor would continue to entreat his unnamed girlfriend with the wife-treatment...the pair might be looking forward to being married?...J.R’s parents moved to Florida from Cuba when he was... 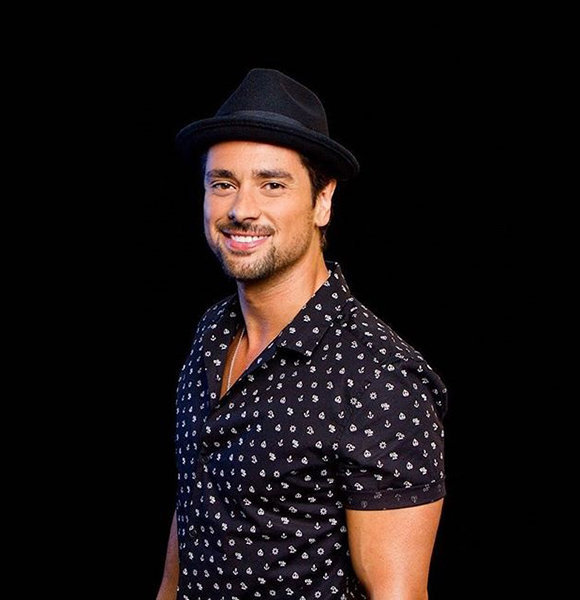 Known for his charming looks and chiseled physique (standing at 6’1’’ (1.85m) in height), actor J.R. Ramirez’s name has become synonymous to the phrase “sex symbol.”

However, the impressive part is the actor's social media writing the romance chapter as a treat for all his fans.

After his brief romance with songstress Adrienne Bailon had come to an abrupt end, the Power actor, age 37, was seemingly focused on his acting career until he began dating a mysterious girl.

Writing beautiful romance all over social media, Ramirez's dating life has acted as a massive blow to his gay rumors indeed!

J.R. Ramirez, who belongs to Cuban-American ethnicity, appears heads over heels for his gorgeous new alleged girlfriend as his Instagram would have you believe.

Discover:- George Lamb Dating His Girlfriend But In Secret; Reveals Secret With Father Larry Lamb Who Is More Like A Friend

Their dating history can be traced as back as to November of 2017 when the pair attended an Industry event together, organized at The Cove Atlantis. J.R. and his then-rumored girlfriend vogue for the cameras (Photo:- J.R. Ramirez's Instagram)

After remaining dormant for almost six months, J.R. showcased his rumored girlfriend again in May 2018 on Instagram alongside actress Melissa Fumero and Stephanie Beatriz. The quartet had enjoyed a quiet dinner date at Del Posto, situated in New York.

The Arrow actor would continue to entreat his unnamed girlfriend with the wife-treatment as her appearances on his Instagram became more frequent. She even accompanied him to Knox Tavern for drinks, 10 days after their date at Del Posto.

Their next dating spree saw them enjoying a double date at Lucali’s with actress Emily Vancamp and her partner. J.R. took to Instagram to share the moment on 20 July 2018 with the caption that read:

Ok this is the BEST ? we’ve had in all of ?... Thanks for the perfect evening @lucali_bk #GottheFaminBK#LivinOurBestLife

Most recently, J.R. and his rumored girlfriend were photographed together attending the Colombian singer Maluma’s concert, which was organized at the Madison Square Garden.

By the looks of their social media, the duo seems very much in love, although getting married might be too early to talk. If nothing else, he and his alleged girlfriend would make a beautiful family, should they decide to decide to upgrade their relationship to that of husband and wife!

As for his family, he grew up with: J.R’s parents moved to Florida from Cuba when he was just a baby. His parents’ decision to flee their native land amidst the Cuban Revolution may have saved J.R’s life as well as his future. Nobody understands this better than him.

On 17 June 2018, while on a trip to Cuba, the 37-year-old Power actor paid a fitting tribute to his father with an Instagram post whose caption read:

"This man risked everything he had to give me a chance at a better life. I mean I will never know the struggles my mother and him went through so that I can grow up in a free world."

He ended the touching post by professing a desire to continue the family’s legacy and make his father proud. The Jessica Jones actor professed a similar sentiment when he put up an Instagram post on 23 November 2017, with the hashtag “Just Wanna Make Her Proud.” The first step towards making his parents proud would be tying the knots with his present girlfriend, who he has been dating for almost a year, no?