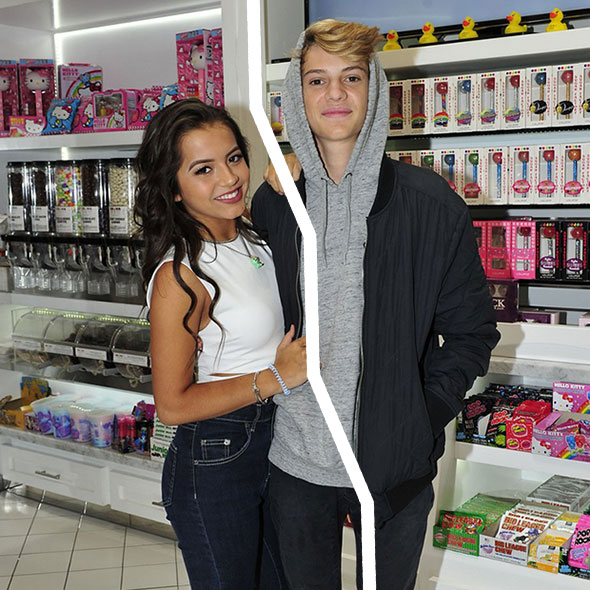 'The Henry Danger' star Jace Norman is one of the actors who is not only making his place in the industry but is also sparking his romantic affair with his rumored girlfriend.

While there are so many young actors who are away from love, dating, and relationship, Norman's romance with his actress girlfriend is still the talk of the town after their split.

Who Is Jace Norman Dating?

In earlier 2016, talented Jace Norman and beautiful actress girlfriend Isabela Moner, also known as Isabela Merced, made us believe that young love exists. The duo first sparked their romance in April 2016 when Jace shared an image on his Instagram kissing Isabela.

Soon after the picture was uploaded, Norman deleted it. However, his fans could share the same image showing support to the couple through Instagram before it was removed.

Unlike Jace, his girlfriend Isabela made sure to update their fans about their relationship by sharing makeup videos with Norman on YouTube and cuddly pictures of them on Instagram. Captioning and showing love to each other, the couple also regarded each other as best friends.

They were often seen hanging out every day and even attended award shows together. Seven months after Norman shared their "In-adorable" picture with his girlfriend, now deleted, the news about their separation was all over the tabloids. The pair who won millions of hearts by appearing together in video blogs and cute couple images shattered the hearts of many of their fans by ending their relationship.

Norman confirmed the news about their separation in a phone call to Just Jared Jr, where he said-

“I don’t know if I’m careful so much as I don’t like to let people dictate what happens. I’m down to let them know what’s going on in my life and stuff, but…if you listen to all the comments you don’t really have control. I’m not really careful. I just do whatever.”

Even after their split Isabela's Instagram still consists of memories of their romance.

To this day, after five years, the fandom still wishes to see the duo together and ship them, to be quite honest SAME!

After being separated from Isabela in November last year, Norman has hinted at his new romance with actress Sydney Park. On March 8, 2017, Instant Mom star Sydney shared an image of her on her Instagram with the caption "#mycalvins."

Norman was seen posting a flirty comment on her picture saying, "I mean." Taking no time, Sydney responded to the comment with "Ha!!" and an emoji of a pink heart.

Well, we can't assume Norman to be dating Sydney right now as they might be good friends flirting on social media. But they can soon amaze us by being another young love birds as they both have just come out of their past relationship.

Apart from these, Jace is quite active on Instagram; he occasionally shares family pictures with his mom and with especially his dog, who are absolutely adorable. Captioning "Family photos," it can be seen he is very much in love with his pets. Honestly, who wouldn't be "Fluffy and cute"? Count everyone in.

Suffering from Dyslexia, Jace has always been open and upfront about his struggle and hardships. Norman began his career at the age of twelve from Disney's television series Jessie.

In the year 2013, he appeared in Deadtime Stories, The Thundermans, and The Dumb Show but could only get popular until he landed the role of Henry Hart in Henry Danger in 2014.