By LRU Writer | On: November 28, 2019
Jackie Speier is a Democrat Congressman who served San Francisco and San Matei Counties since her first election in April of 2008. Before she became a congressman, she also served in the California State Legislature for eighteen years...Jackie was born on...She attended the...The politician was married to...She found love again in the arms of... 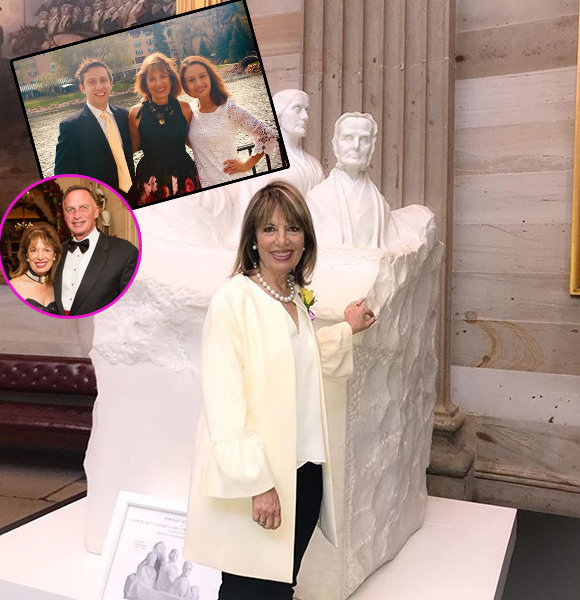 Jackie Speier is a Democrat Congressman who has served San Francisco and San Matei Counties since her first election in April of 2008. Before she became a congressman, she also served in the California State Legislature for eighteen years. Read below to find out about her personal life and her wiki-like bio.

The politician was married to Dr. Steven Sierra in 1987. The duo even had their first child in 1988. Sadly, Steven died in a car accident in 1994. The pain must have been even worse for Jackie as she was pregnant with their second child at the time.

Coping with the tragedy, she went on with her life. Jackie was a single mom of two when she found love again in the arms of Barry Dennis.

Then, the pair got married in 2001. Well, it was an afternoon ceremony celebrated with the couple’s friends and family. Jackie's second chance at love was going well. She was pregnant again with her third child, but due to complications, she had to get an abortion. However, the couple didn't let the tragedy come in the way of their relationship.

As of 2019, the couple is happily married with a son and a daughter from Jackie’s previous marriage.

Jackie was born on 14 May 1950 in San Francisco, California, and comes from a caucasian ethnicity. She went to different public schools in the southern part of San Francisco and went to Burlingame’s Mercy High School in her high school.

You Might Be Interested In:- Ana Navarro Married Chief Boyfriend! Furtive Husband Revealed, A Wedding In Secrecy

She attended the University of California for her higher education and at the same time, interned for State Assemblyman Leo J. Ryan in his Sacramento office. She became a staff of Washington, DC, for Leo when he was elected as a Congressman after her graduation.

After working as a staff, she returned to San Francisco to attend the University of CA - Hastings and graduated with a JD degree in 1976.

After her graduation, she went back to Washington to work as Congressman Leo J. Ryan’s legal advisor.

Since then, she has made her name as a politician and even became a Congressman who is estimated to have a minimum net worth of $4.5 million.

Near Brush With Death

In November 1978, Jackie, while working for Congressman Leo, went to visit Jonestown in Guyana to investigate claims about Rev. Jim Jones holding constituents against their will in the ‘cult-religion’ he established.

After finding the claims to be accurate, they decided to help the constituents, but on the process were shot at point-blank range. Congressman Leo, along with four others, died, whereas Jackie was shot five times and left to die until help came twenty-two hours later.

What followed the shooting at Guyana is still known as one of the biggest mass-murder the world ever saw. Jim Jones, along with more than 900 of his followers, committed suicide or were shot to death. Jackie became one of the survivors of the disaster and went on wanting to carry out Leo’s legacy, and ran for the special election.