By LRU Writer | On: April 04, 2019
Nicaraguan-born American politician Ana Navarro is also a commentator for various outlets such as CNN, ABC News including The View. Ana became an instant media sensation after an argument on CNN Tonight With Don Lemon regarding an explosive video relating to Doland Trump. 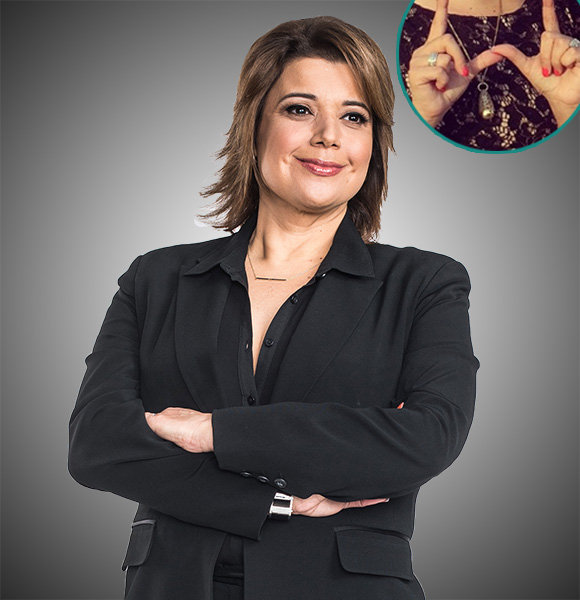 Nicaraguan-born American politician Ana Navarro is also a commentator for various outlets such as CNN, ABC News including The View. Ana became an instant media sensation after an argument on CNN Tonight With Don Lemon regarding an explosive video relating to Doland Trump.

Long before she began opposing Trump, Ana, who is a Republican strategist, had her hands in the politics. Ana, along with her long-time boyfriend, has been around the political influence ever since the beginning working hand-in-hand with each other.

Well, it seems like the couple has taken the next step in their relationship and looks forward to having a family of their own.

Ana Navaro, who became an American Citizen under a Reagan-Era Amnesty Program, has served in some Republican administrations. Apart from her work in the political world, she had a love life of her own.

Ana had been involved in a romantic relationship wih her long-time partner, Gene Prescott. Gene is a Democratic fund-raiser, who shares Baltimore's proprietor with Ana.

They shared an expensive Spanish revival along with a Mercedes and high-end golf cart in the suburb of Coral Gables. Gene, who previously bought the shuttered Biltmore, turned it into a bipartisan hub of political money circuit along with his girlfriend beside him.

The couple had been running the place since then and among their proudest achievements would be their guest list graced with the collection of Beltway boldface names.

Over the years, they grew strong with their business along with their romance. However, it is not known when the couple fell in love and began dating. But from the looks of it, it seemed that they were to last forever.

However, she later broke up with Gene and started dating a lawyer-lobbyist named Al Canderas.

Wedding Bells For Ana - Soon To Be Married?

Well, Ana, who is at the age of 47, has been sharing romance with Al for some time.

You May Like: Michael Cohen Wife & Daughter Stand Strong Amid All Family Backlash! 'Jar Of Pickles'

Not only were they together, but they also took the next step in their relationship. It turned out the couple was finally ready to get married. Well, Ana's partner Al presented her with an engagement ring asking her to marry him.

"Yes, I have some happy personal news to share. And now, I have a wedding to plan!!! So much to do. So many options. So much to decide. Where do I start? #Bridezillatina" A few months after their engagement, the relationship soon turned serious as the couple didn't wait for long to be tied in a matrimonial knot. Ana and Al exchanged their wedding vows at a location overlooking the ocean in Miami Beach, Florida. Ana Navarro and Al Canderas exchange their wedding vows in front of friends and family in March 2019 (Photo: People.com)

For the wedding, Ana was dressed in a designer gown made by Rene Ruiz Collection's Luis Escudero; whereas, her husband wore a black tuxedo. Many celebrities and politicians attended the ceremony including Anderson Cooper, Don Lemon, Eva Longoria, Gloria Estefan, and Mitt Romney.

Also, the married life turned out to be a blessing for Al, as after the wedding, he was awarded by a civil rights organization named UnidosUs.