By LRU Writer | On: March 07, 2019
American child actor, Jackson Robert Scott has been on the talks lately with his terrific performances in movies like It and The Prodigy...Known for his cute looks but terrific acting talent, the young actor is shaping to be a future Hollywood star, and his bio shows that there's no stopping him... 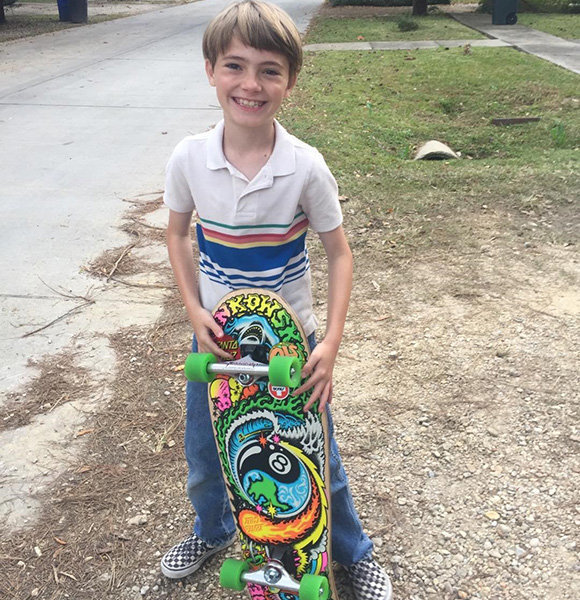 American child actor, Jackson Robert Scott has been on the talks lately with his terrific performances in movies like It and The Prodigy. Known for his cute looks, but terrific acting talent, the young actor is shaping to be a future Hollywood star, and his bio shows that there's no stopping him.

While Jackson has made a fan base from his splendid acting performances, he is still blessed with the innocence of a child; he indeed enjoys his childhood and the presence of his family.

Jackson - who currently ages 10 and celebrates his birthday every 18th September - was raised by his parents alongside his baby sister, Addison, and cousin siblings.

Jackson, due to his young age, is still dependent on his parents and shares a loving bond with his father. The actor likes to credit his father for his success; even calling him the "best dad in the world. While Jackson hasn't revealed any details about his mother, he loves talking about his movie mom, Taylor Schilling, who portrayed the character of Jackson's mother in the 2019 movie, The Prodigy.

Amazing Siblings Bond:- This Is Taissa Farmiga Boyfriend & These Are Her Siblings, Age To Movies

Further, Jackson is also close to his sister Addison, who is a valuable part of his life. Jackson with sibling Addison during their play time in May 2018 (Photo: Jackson Robert Scott's Instagram)

Jackson, despite his celebrity status, is a child at heart and loves to involve in activities like football. It may be too soon for Jackson to have a girlfriend, but it doesn't mean that he has no female admirers.

Jackson Robert Scott - who is mere 4 feet and six inches in height due to his young age - has accumulated a significant success with his acting career, but his career is far from over.

He made his onscreen debut appearing one of the episodes of the TV show, Criminal Minds, in 2015. His breakthrough came in 2017 when Jackson was cast for the role of Georgie in the 2017 Stephen King's adaptation, It. The film was one biggest of the blockbusters of 2017 and the highest grossing horror movie till date, paving a way of Jackson's acting career.

He later got a part in the 2019 thriller movie, The Prodigy.

Jackson has definitely made a name for himself despite only being in school. He has also garnered a considerable net worth from his career as an actor, earning a weekly salary ranging from $1,166 to $3,403 while working on It.