By LRU Writer | On: March 05, 2019
American actor Joel Rush - while excelling in his job - was always failing to establish a long-term relationship...married life and even a dating relationship with girlfriend couldn't succeed in the long run...the tides turned for the Drama Camp actor when he found his future wife and soon-to-be mother of his child. 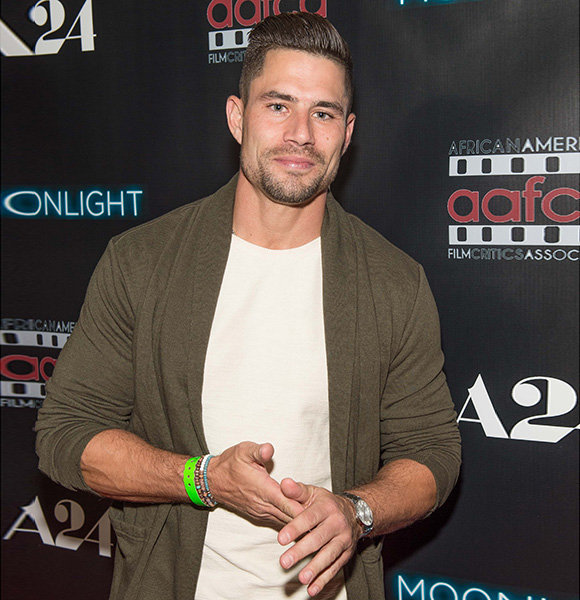 American actor Joel Rush - while excelling in his job - was always failing to establish a long-term relationship. His married life and even a dating relationship with a girlfriend couldn't succeed in the long run.

Nevertheless, the tides turned for the Drama Camp actor when he found his future wife and soon-to-be mother of his child. Although Joel’s spouse is not a high profile celebrity, she is a lady every man wishes to have!

Before meeting his now-wife, Joel - now age 37 - was in a relationship with Colombian-American actress, Zulay Henao. Joel and Zulay started dating in October 2014; unfortunately, the romance soon perished, and Joel parted ways with the actress, who possesses a net worth of $1 million.

Before that, the Party Down star was married to a woman named Esperanza. The marriage didn’t last long as the couple got a divorce. Despite the tragic split, Joel remained friends with his ex-wife and even invited her to attend the premiere of his 2014 show, If Loving You Is Wrong.

After two failed relationships Joel realized that he was meant to settle down with a family. Meanwhile, he was working on If Loving You Is Wrong in the Atlanta studio. And, just then, he met his soon-to-be wife, Alexandria Rush.

The pair instantly started dating and eventually got married; the year of their wedding is yet to be revealed though. The Florida native first brought his relationship to light in September 2016; sharing a picture of his wife while also calling her "his queen." Less than a year after announcing his marriage, Joel disclosed his wife’s pregnancy via an Instagram post on 23 April 2017 where Alexandria could be seen flaunting her baby bump.

The couple welcomed their daughter named Logan Olivia on 2 July 2017. Logan has already celebrated her first birthday and is set to have her second birthday in July. Joel Rush and daughter Olivia on their way to watch the Superbowl in January 2019 (Photo: Joel Rush's Instagram)

With Logan growing up, the Rush family decided to settle down in Atlanta, Georgia, where the parents can provide a better environment to their child.

He is a tall American actor with a height that exceeds six feet, 6' 1" to be precise. He was born in Tampa, Florida on 26 August 1981. Joel - who derives his Caucasian ethnicity from his parents - is close to his family including his older brother, Mike. He visits them often even though he resides thousands of miles away in Georgia.

In the past, Joel was so addicted to drugs that he had to undergo therapy in a rehab during which his mother supported. Now clean, Joel is grateful towards his mom for her love and support. He has overcome his addiction and is doing great with his acting career.

Till date, he has starred in several TV shows and movies including The Ropes, Betty White's Off Their Rockers, If Loving You Is Wrong, Party Down, The Open Weekend, Drama Camp, and more; however, he has not portrayed any gay roles. Nevertheless, he is enriching his net worth with the annual salary of $50,529.