By LRU Writer | On: November 21, 2019
Jacob Eason as he returned to play for his hometown Washinton in... did not get enough game time in the team so that he can show his true...committed to play high school football where he was named junior of the year at the end of...s playing his first season with the new team and eyeing a spot in the NFL next... 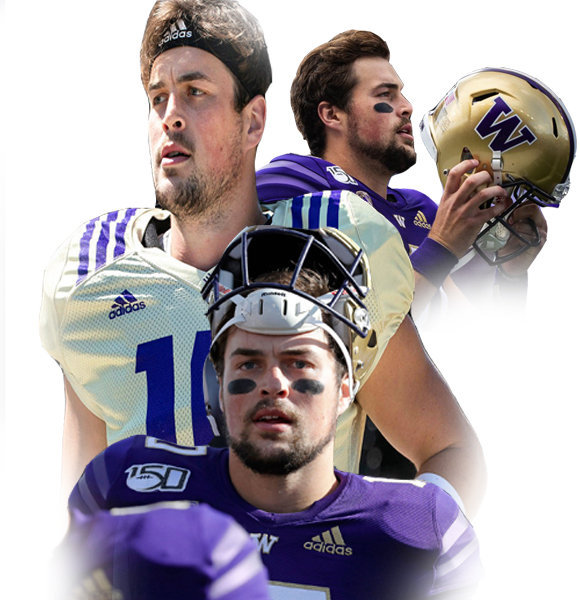 It was a new start for five-star quarterback prospect Jacob Eason as he returned to play for his hometown Washinton in 2019.

The former Georgia player made the transfer news public via his Twitter handle and expressed his happiness to return to his hometown.

Previously, he was a regular starter for the Georgia team, but his injury made him sit on the sidelines and pass his spot to another young quarterback prospect.

When it comes to talking about how good Jacob Eason is in the football field, the stats speak for themselves. In just sixteen games in two seasons for high school Georgia, the quarterback managed to complete 208 passes, with 16 touchdown pass and eight pass interception.

However, he did not get enough game time in the team to show his true potential due to injury.

As of 2019, things have changed for the Washington native. In just ten-game into the new season, he has gone past his previous best career stats with 20 touchdown passes and fewer passes completed. Apart from that, the athlete will also have the option of putting his name in the NFL Drafts after completing a year with the University of Washington. If he makes a big season with Washingtons, he is sure to sign a big contract with any team in the NFL.

Jacob Eason was born in the city of Lake Stevens, Washington, on 17 November 1997 to parents Christine and Tony Eason. Growing up, the UW quarterback was highly influenced by his father - a former Notre Dame player - to pursue a career in football.

Soon he committed to play high school football where he was named junior of the year at the end of the season. Also, he was named Gatorade Football Player of the Year in 2015 and was listed in the top pro-style quarterback in the country in 2016.

Then he joined the University of Georgia in 2016 as a freshman but did not feature for them much due to an injury. Following the same, he played as a backup for them in 2017 and eventually made a move to Washington in 2018.

As of 2019, he is playing his first season with the new team and eyeing a spot in the NFL next season. If he gets picked by a team next year, he will surely earn a decent salary which will propel his net worth to the next level

Some Interesting Facts About Jacob