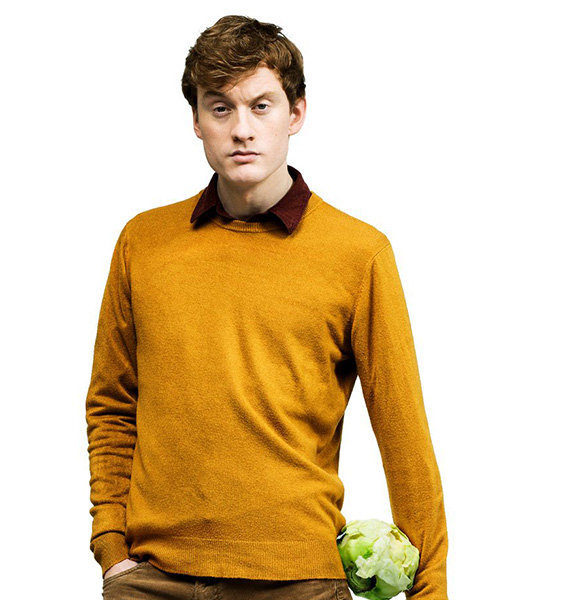 Acaster has shot his first film part in a musical rendition of Cinderella, proving that no one understands what they want to accomplish until they're in the thick of it. He was a musician for a while after majoring in music. In his leisure time, he did, however, do comedy.

Cinderella will be launched on Amazon Prime on September 3rd, produced by Corden's company Fulwell 73 for Sony.

Even though his style of humor isn't for everyone, once he realized he could make people laugh, he built a profession out of it.

And now he's making his acting debut! All the best to the aspiring star!

Ex-Girlfriend Dumped Him For Mr. Bean

Before reaching that sweet Eden, everyone must overcome a few challenges in life. But, unfortunately, the comedian's romances have been the source of his difficulties.

In early 2010, he was in a relationship with Louise Ford. The pair broke up for unclear reasons.

However, two years after the split, a newspaper had a surprise for him. While going through an article in The Sun, Acaster discovered his ex-girlfriend dumped him for Rowan Atkison, famously known as Mr. Bean. It was then the comedian found out about the reason for the split. However, while they were together for two years, he already had a distant feeling when she worked with Atkinson on a play.

It sounded like he was embarrassed to have been left for Mr. Bean.

For his ex-girlfriend, she is happy to have found the veteran actor Rowan Atkinson as her partner. Together, they have a daughter named Isla, born in December 2017.

Previously, Atkinson was married to his wife, Sunetra Sastry, a make-up artist. The husband-wife duo divorced after 24 years of relationship.

Just a year after Acaster and Louise parted ways, he was in a relationship with a fellow entertainer, Rose Matafeo. They met on a comedy circuit in New Zealand in 2014. And since then, they had managed to be in a long-distance relationship.

But, the pair were so much in love that Rose even moved to the UK to be with her partner in 2015.

Anyone who saw the chemistry between the two would have assumed that they would marry and call each other husband and wife.

But, despite the connection, the couple ended their relationship.

Neither of them said anything on the split reasons. The public only came to know about the breakup when Rose mentioned him as her then-boyfriend in an interview with The Guardian.

On top of that, in 2017, the Brit tweeted that he wanted a girlfriend for Christmas, implying that he was indeed single.

All You Need To About James Acaster: From Music To Stand Up Comedy

James William Acaster was born on January 9, 1985, in Kettering, Northamptonshire, England. The whereabouts of his family and siblings are unknown.

He received his schooling at Montagu Secondary School in Kettering, then went on to Northampton College in the United Kingdom to study music. Acaster is a lanky person when it comes to his stature. He is on the shorter side of the normal English man's height and weight range.

Before becoming the celebrity that he is now, the comic dabbled in the music industry. Pindrop, Three Line Whip, The New Hardcore Skiffle Movement, The Capri-Sun Quartet, and The Wow! Scenario were among the Northamptonshire bands for which he played drums.

He began his comic career unexpectedly in 2009, with a performance at the Edinburgh Festival Fringe alongside comedians Josh Widdicombe and Nick Helm.

Since then, he's performed in various locations, hosted numerous shows, and appeared as a guest on a slew of others.

Acaster is still doing well for himself after almost a decade. In 2019, he received a prize for the best show at the Melbourne International Comedy Festival.

Considering that his shows get sold out, he has built up quite a reputation for himself. Also, the comedian has accumulated enough net worth to live a very comfortable life.